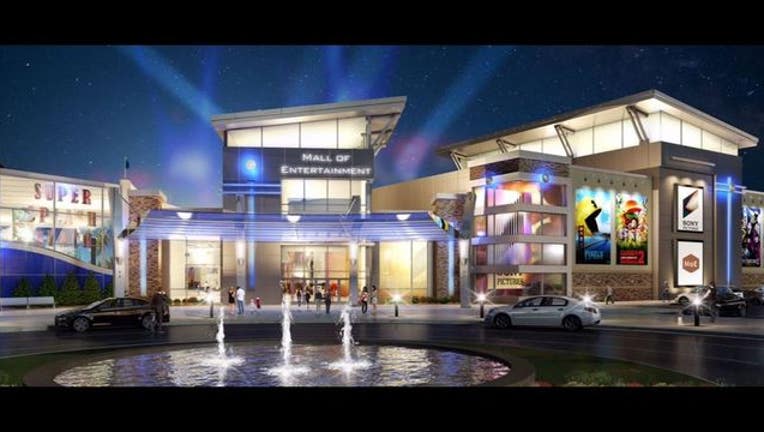 ALBERTVILLE, Minn. (KMSP) - A new family entertainment center is planned for the area next to the outlet mall Albertville, Minn. and will feature an indoor water park, a Sony Pictures attraction and a large hotel and convention center.

The Mall of Entertainment is slated for construction in the lot next to the Albertville Premium Outlets.  The entertainment venue will reportedly include an interactive indoor water park and 275-room Marriott Hotel and convention center, according to Black Forest LLC, the company behind the project.

There is no word yet on when the theme park will open.