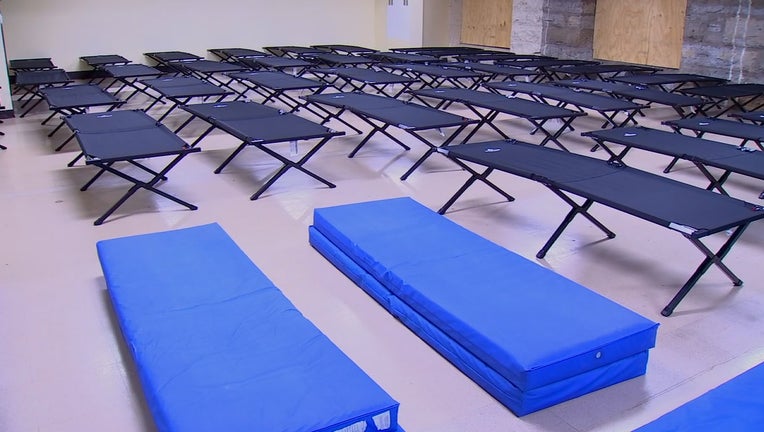 “I guess it was just meant to be that we could get open in time for this cold snap,” Executive Director of Model Cities, Kizzy Downie said.

On Tuesday night a new, referral-only overflow homeless shelter run by the group Model Cities is opening in downtown St. Paul ahead of unseasonably cold temperatures.&nbsp;

A similar overflow shelter run by Catholic Charities closed earlier this year leaving no place for people to go once the Higher Ground Saint Paul Shelter is full. Downie said Ramsey County put out a call for another organization to step up and open an emergency overflow shelter.

“It just felt like this was something we should kind of set up and do at this time,” Downie said.

Downie says in about three weeks they were able to secure a location, a space in the Ramsey County Social Services building where the county detox used to be, and open the shelter just in time for dangerously cold temperatures.

“As our homeless population ages, the winters are getting harder, the colder temperatures are going to bring them in, and it just isn’t safe to stay overnight in a bus shelter right now,” said Andrea Hinderaker, also with Model Cities.

The shelter has a total of 64 beds for adults, both men and women. People coming to the shelter need a referral to stay the night. That referral could come from being turned away at Higher Ground, from a Metro Transit Police Officer who finds people using the light rail as shelter until it closes, from St. Paul Police, or from hospitals who discharge patients without a place to go.

Hinderaker estimates that all of their beds will fill up during the winter months. The shelter opens at 10 p.m. and closes at 9 a.m. She said during those morning hours, members of Model Cities will partner with other organizations to connect people with services to get them off the streets for good.

“It’s not just about tonight. It’s about tomorrow and really that’s what we’re here to do - a nice rest, feeling good and ready to tackle solutions tomorrow,” Hinderaker said.

The shelter is funded by a grant from Ramsey County. Model Cities is accepting donations to help them get off the ground and provide more resources for people who use their services. For more information click here.