Poll: Nearly half of American adults fear being victim of mass shooting

WASHINGTON - Americans appear to be more worried than ever about the possibility of themselves or a loved one becoming a victim of a mass shooting, according to a new Gallup poll.

The most recent poll was conducted between Aug. 15 to Aug. 30, less than two weeks after the back-to-back shootings. 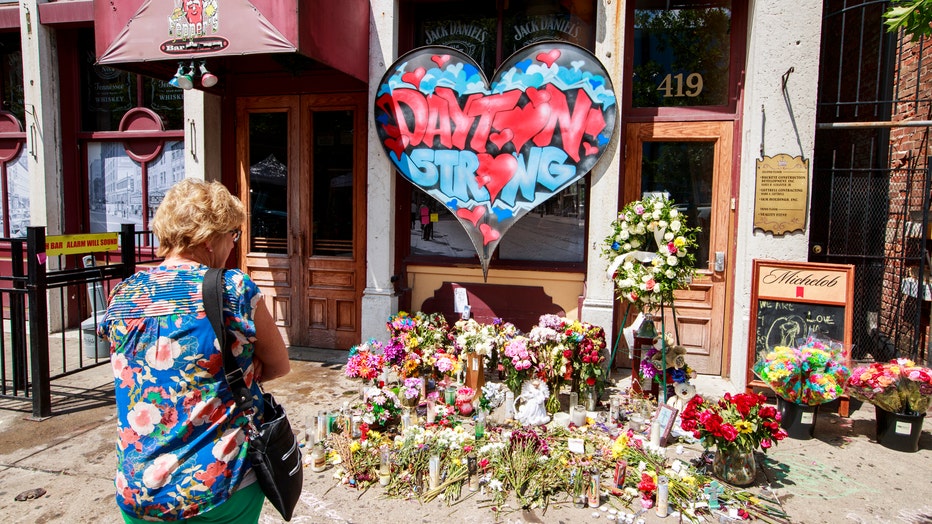 A woman stops to look at a memorial on 5th Street at the site of a mass shooting that left 9 dead and 27 wounded, taken on August 7, 2019 in Dayton, Ohio. (Photo by Jeremy Hogan/SOPA Images/LightRocket via Getty Images)

The polling organization said the previous polls conducted in 2015 and 2017 were conducted in the immediate aftermath of the shootings — and said the latest August 2019 poll "may have been even higher had the poll happened closer to the shootings."

Democrats and Democratic-leaning independents, those who do not personally own a gun, women and younger adults were all significantly more worried than their counterparts, the Gallup poll showed.

Approximately 13 percent of U.S. adults said they purchased a gun out of worry — and 12 percent said they had avoided going to events like concerts, festivals and sporting events with large crowds.