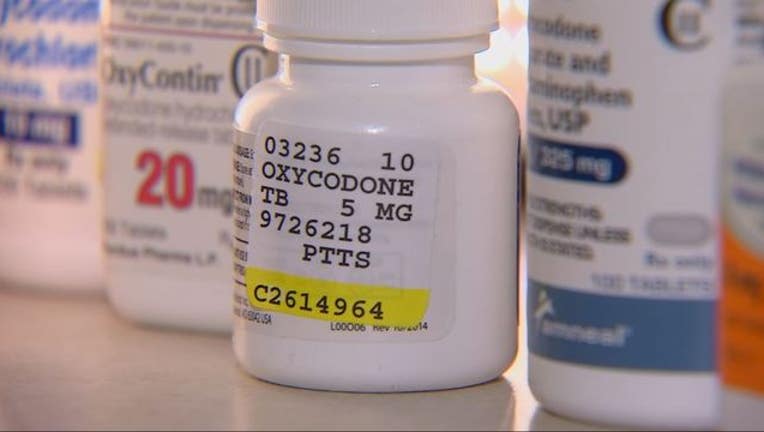 MINNEAPOLIS (KMSP) - Saturday, April 28 is National Prescription Drug Take Back Day. With a growing opioid epidemic, the DEA, the Minnesota Department of Health and local police departments and healthcare providers encourage everyone to properly dispose of unused and unwanted prescription medications.

Law enforcement, pharmacies and other organizations across Minnesota are offering drop-off sites for unwanted, unused or expired prescription medications from 10 a.m. to 2 p.m. Saturday. For local drop-off sites, visit https://takebackday.dea.gov.

In addition to disposal of unwanted prescriptions, Take Back Day also raises awareness of how we can all prevent drug abuse and water pollution by disposing of old drugs safely.

Last October, National Take Back collected nationally 456 tons of unwanted prescriptions. Nationally, according to the 2015 National Survey on Drug Use and Health, 6.4 million Americans abused controlled prescription drugs, and a majority of abused prescription drugs were obtained from family and friends, often from the home medicine cabinet.

In Minnesota last year, 395 people died of opioids, of which 194 were from prescription opioids.
Need to dispose of drugs in the future? You can obtain a mail-back envelope from your local pharmacy, which ensures the contents will be managed by incineration. Many pharmacies and local police departments also serve as drop-off sites year-round.

Facing a rising death toll from drug overdoses, state lawmakers across the country are testing a strategy to boost treatment for opioid addicts: Force drug manufacturers and their distributors to pay for it.

PENNY-A-PILL TAX: The opioid crisis is putting a financial strain on states. To counter the public health cost of the epidemic, lawmakers in at least 15 states have introduced bills that would impose taxes or fees on prescription painkillers. Money collected from these taxes would put millions of dollars toward addiction treatment and prevention programs. In Minnesota, a penny-a-pill tax included in the "Opioid Family Recovery Act," is forecast to raise more than $20 million for treatment and prevention programs.

OPIOID ABUSE VACCINE: A team of scientists from the University of Minnesota Medical School and Minneapolis Medical Research Foundation at Hennepin Healthcare are developing vaccines against heroin and prescription opioids. According to researchers, the vaccines use the immune system to produce molecules (antibodies) that target, bind and prevent opioids from reaching the brain (the site of drug action).