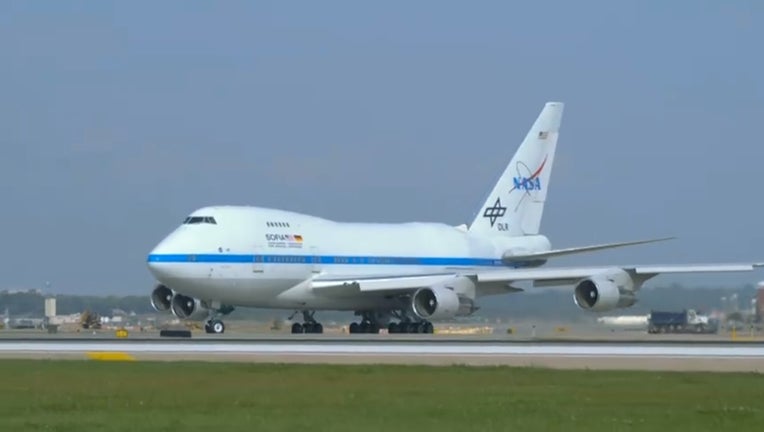 The plane made a pit stop at the airport recently, officials say. (Facebook)

According to the airport's Facebook page, NASA's Stratospheric Observatory for Infrared Astronomy, or SOFIA, plane stopped by for a refueling. The plane is a one-of-a-kind Boeing plane turned into a 106-inch reflecting telescope.

NASA says the plane gives them a unique look at the solar system. Flying between 38,000 and 45,000 feet in the air, the plane is above 99 percent of the Earth's infrared-blocking atmosphere. And, since it's a plane, astronomers are able to move it anywhere around the world.

Astronomers say many objects in space emit a majority of energy in infrared wavelengths. So, the plane telescope allows them the chance to gather data on things like star birth and death along with new solar systems forming, among other events. 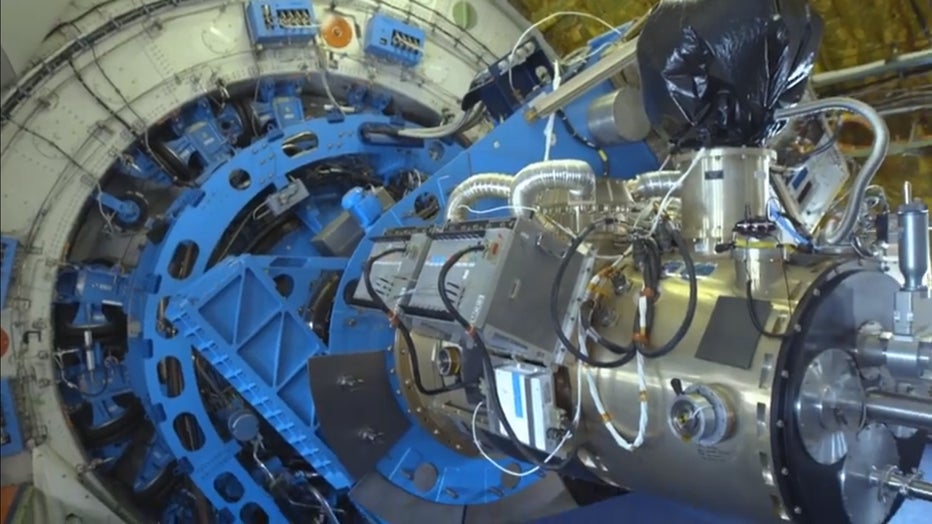 A look at the telescope from a video posted by MSP Airport. (MSP Airport / FOX 9)

And, unlike space-based telescopes, the airplane returns to earth after every mission, meaning scientists can swap out equipment and upgrade technology.

The plane is a joint effort between NASA and the German Aerospace Center. It is maintained by Armstrong Flight Research Center in California.