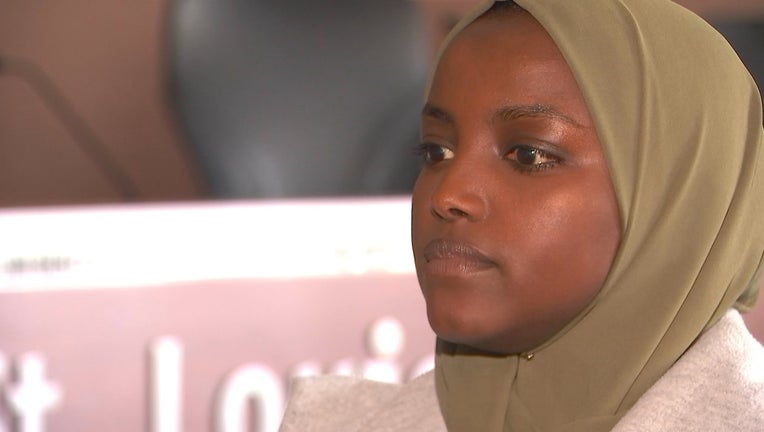 ST. LOUIS PARK, Minn. (FOX 9) - A woman in St. Louis Park, Minnesota broke barriers this week as she was elected to the city council.

With her victory on Tuesday, Nadia Mohamed became the first Somali-American to serve on the St. Louis Park City Council. She won Tuesday with 63 percent of the vote.

A woman in St. Louis Park, Minnesota broke barriers this week as she was elected to the city council.

Mohamed grew up in St. Louis Park after her family moved to the United States when she was 10. She’s actively involved in St. Louis Park community groups and activities and decided to take a run at city council to bring a different voice to the table.

“I am a renter, I am a youth, I am a participant of a lot of services that St. Louis Park offers,” said Mohamed. “I am a woman of color. I am a Muslim. So there are all of these voices and all these identities that I check off of, or I meet, that are needed at the table, that you don’t quite hear from all the time. So, I think that’s the fresh perspective that I would bring to the city.”

Nadia admits her mother was a little apprehensive about her running for office, but she soon was door-knocking with her all fall.

She says the demographics of St. Louis Park are quickly changing and she wants to help the city grow.

The end of 2019 is turning out to be very significant for Mohamed. Along with being elected to serve her city, she is set to graduate from college next month as well before being sworn-in in January.