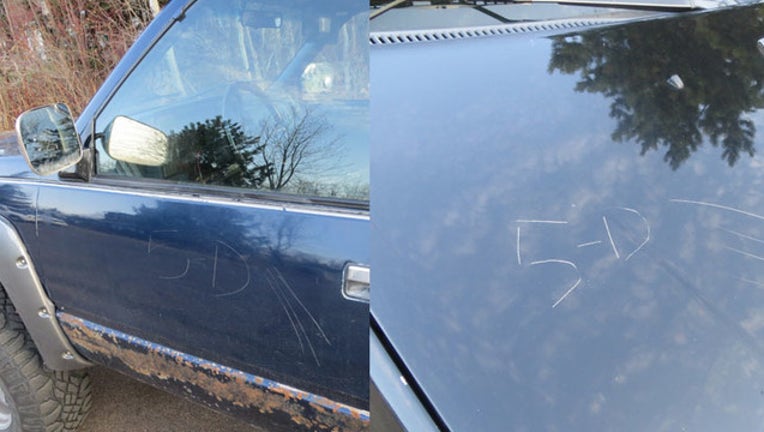 GRAND MARAIS, Minn. (FOX 9) - The Cook County Sheriff's Office is investigating multiple reports of vandalism to vehicles within the City of Grand Marais.

The suspected vandals are scratching "5-D" followed by multiple lines. One car's tires were also slashed.

Authorities believe the incidents are happening at night and each "tag" is a reference to drug use.

Officials are asking the public to stay extra vigilant and report any suspicious activity.

Anyone with information is asked to contact the Cook County Sheriff's Office.