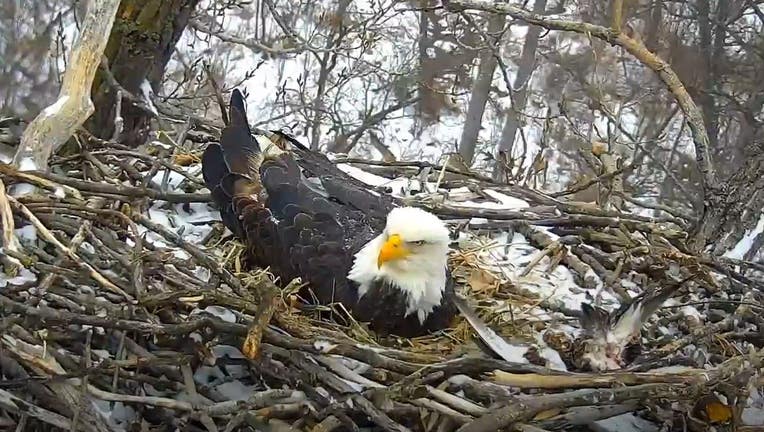 A bald eagle lays on an egg in its nest, which can be viewed on the Minnesota DNR's live EagleCam.

(FOX 9) - A little, feathery bundle of joy is on the way for the bald eagles on the Minnesota Department of Natural Resources' EagleCam.

DNR officials announced the mother laid an egg at 4:47 p.m. Tuesday. It's possible more eggs could be on the way.

According to the DNR, eagles usually lay between one to three eggs and the eggs are laid over several days. After the incubation period, the babies later hatch in the order they were laid.

Wildlife lovers can watch how everything develops on the live EagleCam stream at this link.