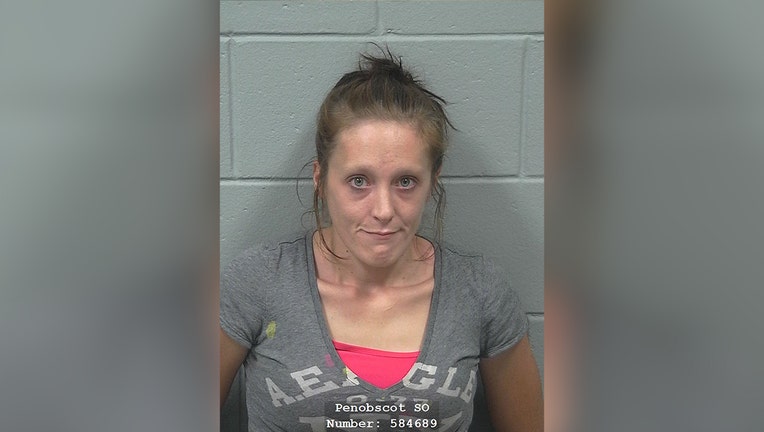 Kimberly Nelligan is pictured in a mugshot provided by the Penobscot County Jail.

BANGOR, Maine - A woman in Maine was arrested Tuesday morning nearly a year after the death of her daughter amid allegations by police that she was rubbing fentanyl residue on the 1-year-old’s gums.

While the cause of death was not initially known, police worked on the case for nearly a year, interviewing Nelligan and her husband. The man allegedly told investigators that during the two months leading up to their child’s death, Nelligan had rubbed heroin residue on the child’s gums about 15 times, saying it was because the child was “having trouble sleeping.”

According to WPFO, Nelligan denied any use of opioids throughout the course of the investigation before eventually confessing to using heroin once a week for the two months leading up to her daughter’s death.

According to police, Nelligan allegedly added that she had bee snorting heroin and that her husband would typically use the substance on their other two children when they were babies and did not realize it would harm them.

WPFO reported that the medical examiner’s office told police that the child died from acute fentanyl intoxication, adding that the amount of fentanyl in the child’s system came from “secondary exposure.”

Nelligan was reportedly released on a personal recognizance bail under the condition that she keep absolutely no contact with the biological father of the child as well as any unsupervised contact with any child under 18. She is also not allowed to consume any drugs or alcohol.

According to WPFO, the Class D child endangerment charge Nelligan is facing carries a maximum penalty of one year behind bars and a fine of up to $2,000. The Class E drug possession charge is punishable by a $1,000 fine and a jail sentence of up to 180 days.