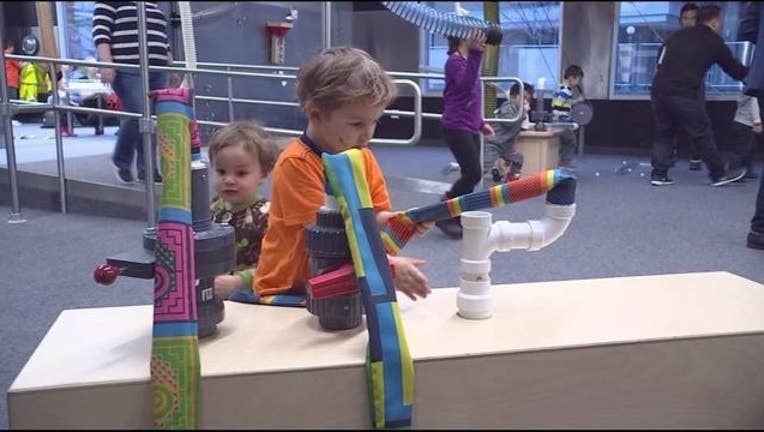 ST. PAUL, Minn. (AP) -- Officials are set to unveil the $30 million makeover of the Minnesota Children's Museum in St. Paul.

Museum officials say a grand reopening will be held on June 7, followed by a free-admission day and block party on June 17.

The facility is now 35 percent larger with 10 new exhibits, including two four-story climbing towers, a netted catwalk and a spiral slide. The museum also has a new cafe, coffee bar and skyway-level entrance.

The museum closed in December for the renovations, which were in part aimed at appealing more to older children. A laser maze and tinkering studio are among the exhibits designed for children up to age 12.

With the additions, admissions costs are also going up. General admission tickets increased from $3 to $12.95, while annual membership plans now range from $129 to $189, compared to previous plans that started at $99.

The updates mark the first major renovations at the museum since 1995, when the museum moved to its current location. The reopening was originally scheduled for April, but a change in vendors doing part of the work caused a delay.

For residents looking for a sneak peek, the museum is offering a limited number of reservations for visits on five days starting on June 2. Those tickets went on sale Tuesday.