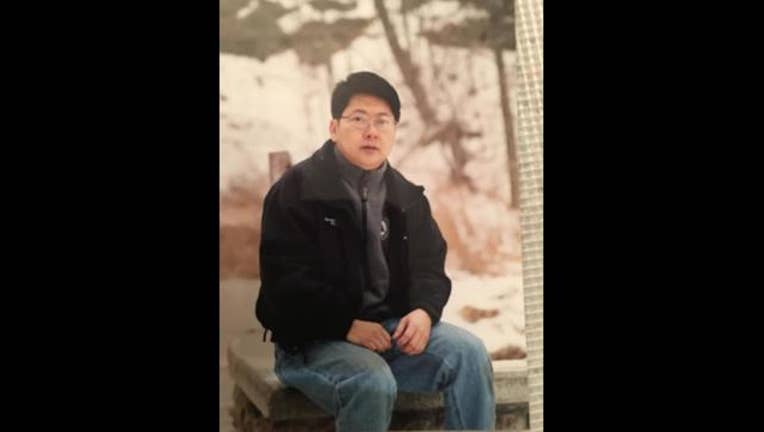 Hue Ver, 49, was reported missing on July 12 and his kayak was found abanonded on the shore of the St. Croix River.

TAYLORS FALLS, Minn. (KMSP) - The Chisago County Sheriff’s Office is asking for the public’s help in locating a missing man whose kayak was found abandoned on the shore of the St. Croix River near Taylors Falls, Minnesota.

On Wednesday, deputies found a dark green kayak pulled up on shore north of Rock Island on the Wisconsin side of the river. A tackle box and car keys were found inside. The vehicle belonging to the missing kayaker, identified as 49-year-old Vue Her, was found unoccupied at Interstate State Park in Taylors Falls.

The kayak was missing one pink fishing pole and one green fishing pole. The sheriff’s office is asking the public to keep an eye out for Her or the fishing poles while on the St. Croix River.

The sheriff’s office searched the area by boat, ground and air on Thursday, but found no sign of him.

Her was last seen wearing a brown and gray polo shirt and blue jeans. He has black hair cut short on the sides and longer on top.

Anyone with information on Her’s whereabouts is asked to contact the Chisago County Sheriff’s Office at 651-257-4100.