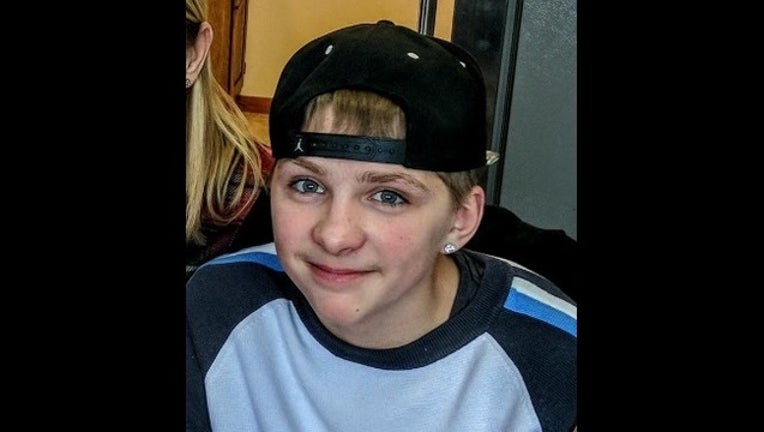 BEMIDJI, Minn. (KMSP) - Detectives have received information regarding numerous sightings of 13-year-old Gary Tilander along Hwy 71 near the City of Blackduck, Minnesota. Air searches in the area were conducted on Feb. 28 and continued Wednesday.

The Bemidji Police Department is asking residents between Tenstrike and International Falls to check their properties, including campers, outbuildings or other structures where someone might seek shelter

The 13-year-old boy who was last seen Wednesday morning near the 600 block of Mississippi Avenue in Bemidji.

Gary is described as 6’01”, 160 pounds with sandy blonde hair and blue eyes. He was last seen wearing black hightop Nike shoes, a black Flight Jordan Jumpman hoodie. He also has a charcoal grey backpack with the number 23 in small print all over it.

Gary is from International Falls.