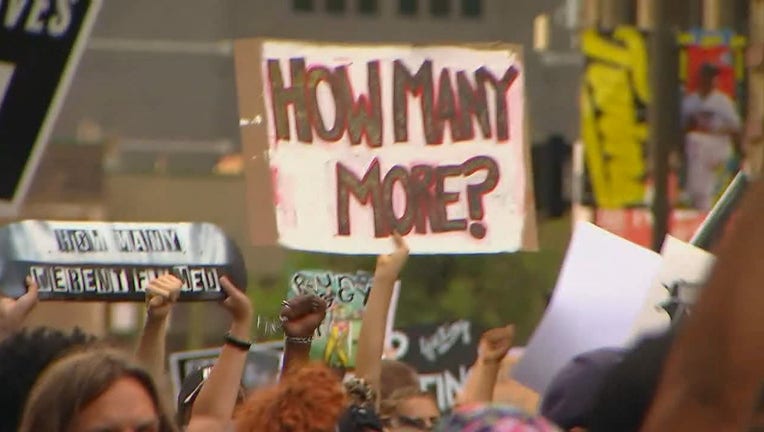 The rally comes just months after George Floyd died in police custody in Minneapolis, sparking protests across the world.

Hundreds attended a rally in Minneapolis in solidarity with Jacob Blake, who was shot by police in Wisconsin.

The group gathered downtown to demand that the officers involved in the Blake shooting be arrested and charged. After a series of speeches, the group marched to the Minneapolis Police Department's 1st Precinct.

According to Minneapolis Police, five people were arrested during the protests, including four men and one woman. One was arrested for probable cause damage to property, and four were arrested on misdemeanor charges.

Video shows that Kenosha police fired multiple shots at Jacob Blake, as he leaned into his SUV while his three sons were in the vehicle Sunday night. Police said they were responding to a call about a domestic dispute. Blake was hospitalized and is in serious condition.

According to a statement made by the family’s attorney Ben Crump, the police’s “irresponsible, reckless, and inhumane actions nearly cost the life of a man who was simply trying to do the right thing by intervening in a domestic incident. It’s a miracle he’s still alive.”