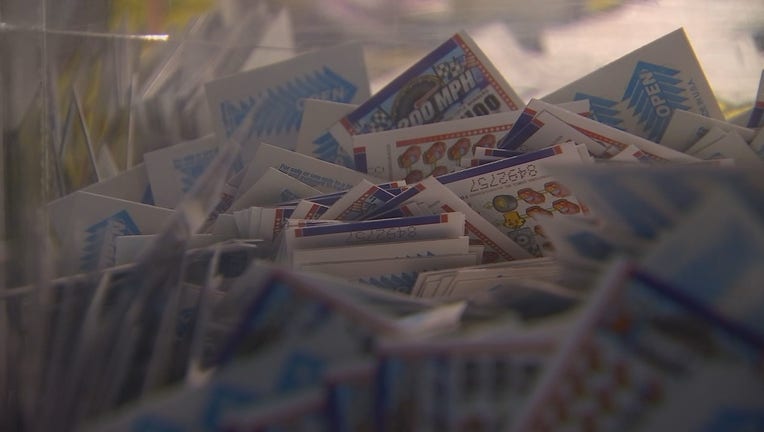 Pull-tabs are a constant at Minnesota establishments and both paper and e-tab sales are surging statewide. (FOX 9)

With them, several thousand pull-tab booths across the state that net millions of dollars for nonprofits, many of them youth sports, are also closed.

Thursday marks one month since bars and restaurants were forced to close.

"It started with one project and it’s morphed into several," said Bunny's owner Steve Koch.

At Bunny’s in St. Louis Park, they’ve taken advantage of the closure to get some renovations done. It doesn’t make up for what’s lost but it’s something.

"It's kept us sane a little bit, you know," said Koch.

But the pull-tab booth by the front door, consistently one of the top in the state, just sits collecting dust. There's nothing they can do about that.

"The marriage between our business and pull-tabs, it’s great for both sides," said Koch. "Obviously they’re shut down just like we are, 100 percent, no revenue’s coming in."

The question is not only when do these booths open up again, but what does that look like when they do? Does social distancing mean they can’t do as much business? That revenues start out slower? If there’s a silver lining here, it’s that going into this pause, charitable gambling was nicely up.

According to the Minnesota Gambling Control Board, at the end of February, eight months into the fiscal year, Charitable Gambling was up 18 percent from the year before. Electronic tabs had nearly sold as much as the year before.

It will help make up for what’s not coming in now, but youth sports programs tell us they’re already preparing for potential losses, considering what can be cut, while hoping it doesn’t raise fees - all while not knowing when the charitable gambling rolls again.