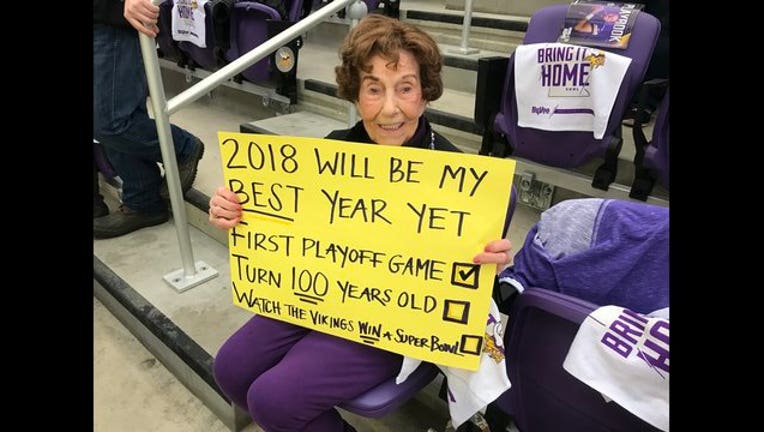 Vikings superfan Millie Wall shows her sign at the team's game against the New Orleans Saints.

(KMSP) - One of the biggest Minnesota Vikings fans is celebrating her 100th birthday!

Millie Wall stole the hearts of Vikings fans this postseason during the team's magical playoff run. She told Fox 9 she watches every game while drinking a screwdriver and keeps a fake brick on a string to throw at the television.

After the Vikings learned of her fandom, they gave her tickets to the "Minneapolis Miracle" Divisional Playoff game against the New Orleans Saints. She became the team's good luck charm, but unfortunately she wasn't able to attend the NFC Championship game in Philadelphia. NFL Commissioner Roger Goodell gave her tickets to the Super Bowl, she was too ill to attend. Her granddaughter, however went in her place.