The Minnesota National Guard uses a Black Hawk helicopter to draw water from Diamond Lake in south Minneapolis on a night of anticipated rioting and fires. Video credit: Jonathan Kealing.

MINNEAPOLIS (FOX 9) - Minnesota State Patrol helicopters are filling buckets of water from south Minneapolis lakes to fight fires on the fifth night of protesting and riots following the police-involved death of George Floyd.

Moments later, the Minnesota State Patrol confirmed a National Guard helicopter dropped water on a car fire on 35W at 50th Street and other locations. 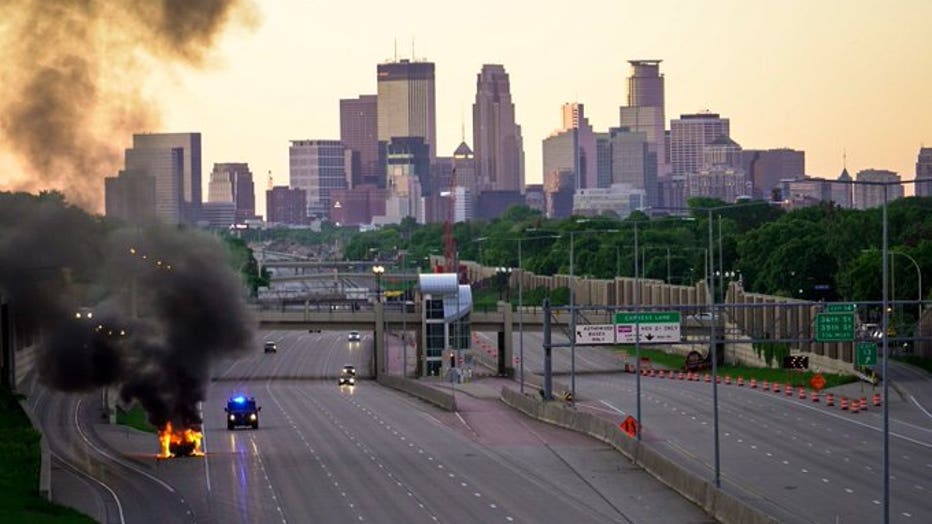 Starting at 7 p.m., the following highways will close to traffic:

The roads will reopen at 6 a.m. on Sunday