FALCON HEIGHTS, Minn. (FOX 9) - The Minnesota State Fair released its list of new fair foods that will be available at this year’s Great Minnesota Get-Together.

There will be 26 new foods and four new food vendors at the fair this year, according to organizers. The new vendors are Fluffy's Hand Cut Donuts, Midtown Global Market's Andy's Garage. Scenic 61 at New Scenic Café and Summer Lakes Beverage.

The Minnesota State Fair is back on this year after it was canceled last year due to the COVID-19 pandemic. Organizers do not expect to have daily attendance limits and face masks will not be required, although they will be strongly encouraged for unvaccinated people. 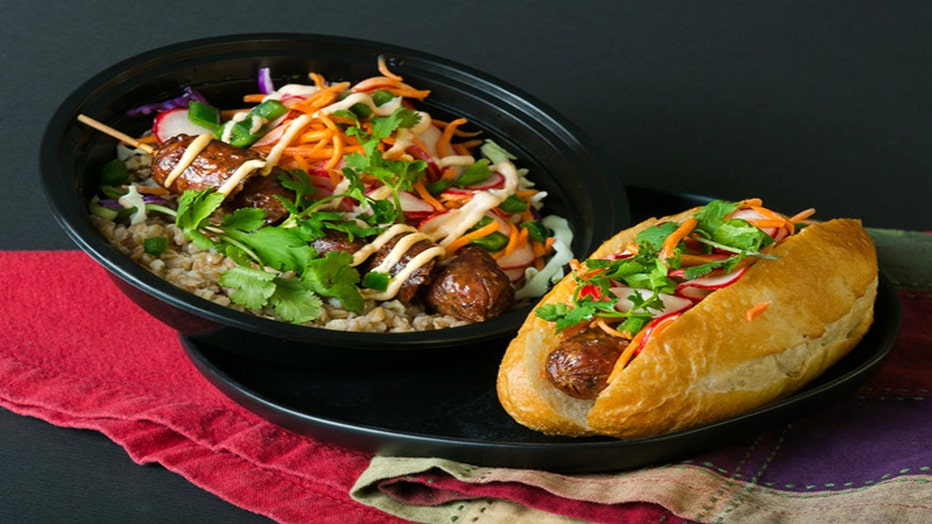 Asian-inspired sausage in a crusty French baguette with Sister’s Sriracha sauce, shredded and pickled carrot, radish, chopped jalapeño and a sprig of fresh cilantro. The bunless bowl starts with a five-grain blend and is topped with shredded and pickled carrot, radish, Asian slaw, chopped jalapeño, sausage slices, cilantro and a drizzle of Sister’s Sriracha sauce.

Location: At Sausage Sister & Me, located in the Food Building, east wall

A North Woods spin on ravioli with ground bison, braised fennel, portobello mushrooms and fresh basil wrapped in classic egg dough, deep-fried and served with a sweet bourbon sauce with a little kick.

Location: At Giggles’ Campfire Grill, located on the southeast corner of Lee Avenue & Cooper Street at The North Woods 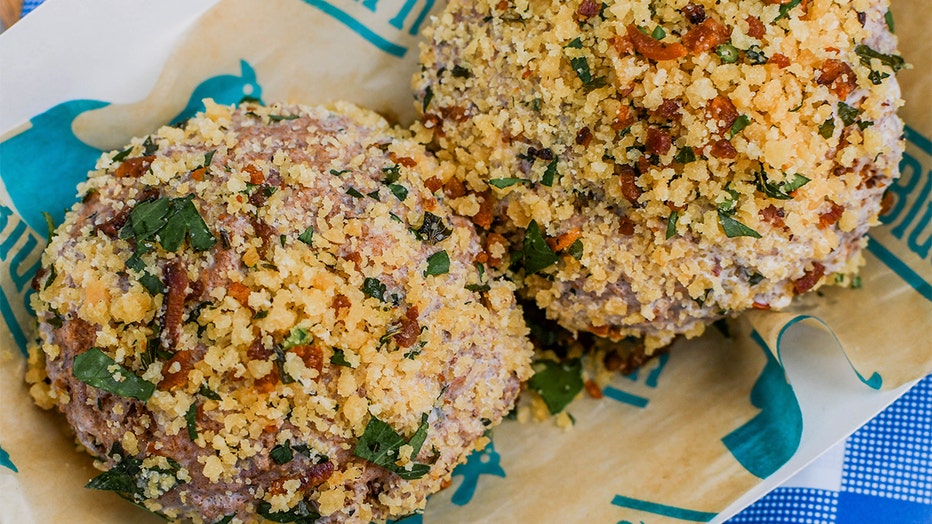 Location: At The Blue Barn, located at West End Market, south of the History & Heritage Center 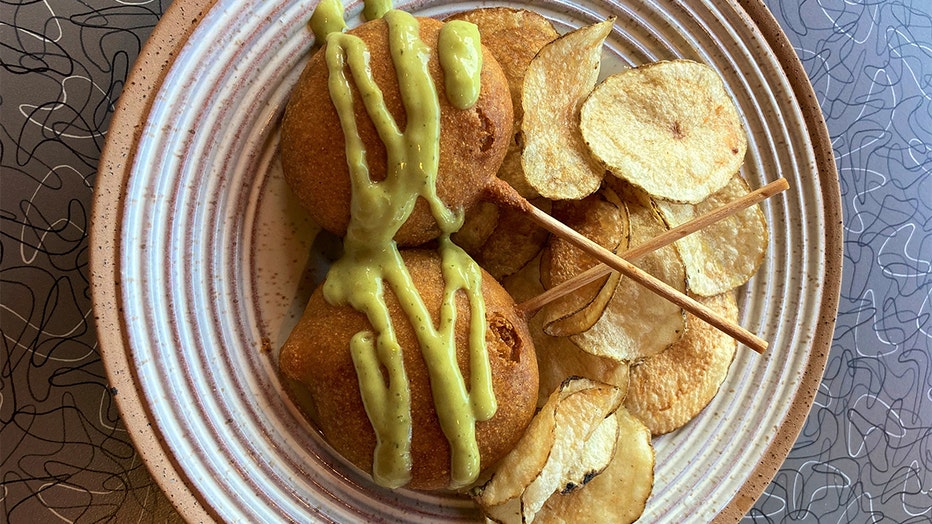 Chorizo by The Herbivorous Butcher dipped in a classic corndog batter, deep-fried on-a-stick with choice of avocado salsa or mole sauce drizzled on top or on the side. Served with Mexican BBQ chips. (Vegan)

Location: At Coasters, located on the southeast corner of Carnes Avenue & Liggett Street 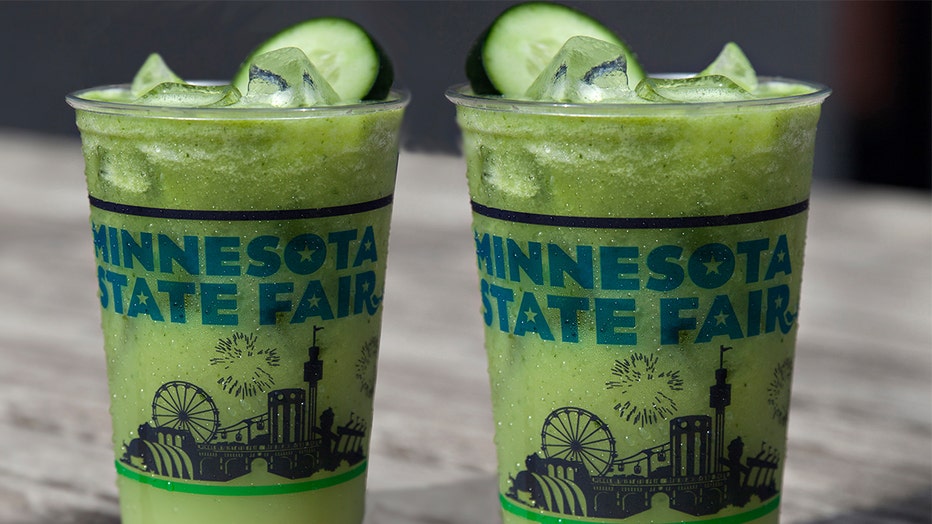 Limeade made with juiced Minnesota-grown cucumbers and jalapeño syrup, served with a cucumber slice.

Location: At Farmers Union Coffee Shop, located on the north side of Dan Patch Avenue between Cooper & Cosgrove streets 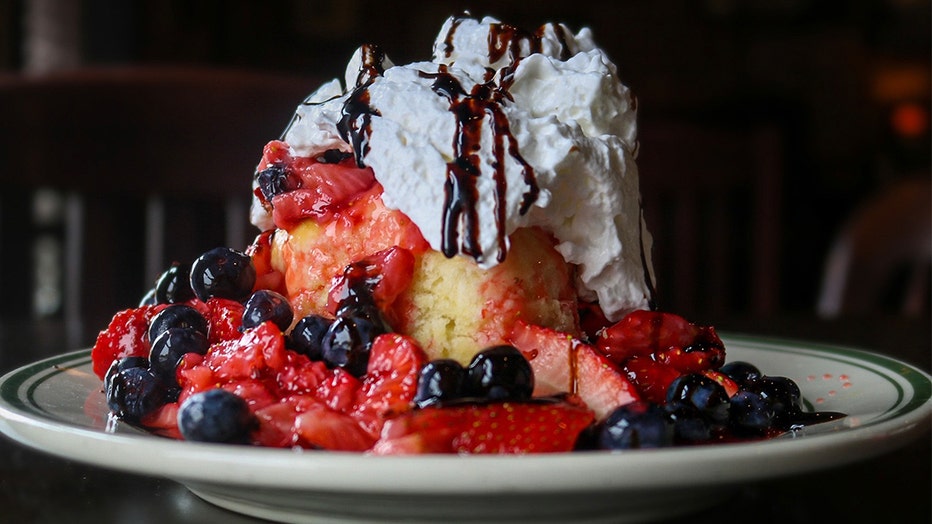 Location: At Minnesota Wine Country, located on the west side of Underwood Street between Carnes & Judson avenues

Location: At Dino’s Gyros, located on the north side of Carnes Avenue between Nelson & Underwood streets

Location: At The Hangar, located at the North End, southwest section 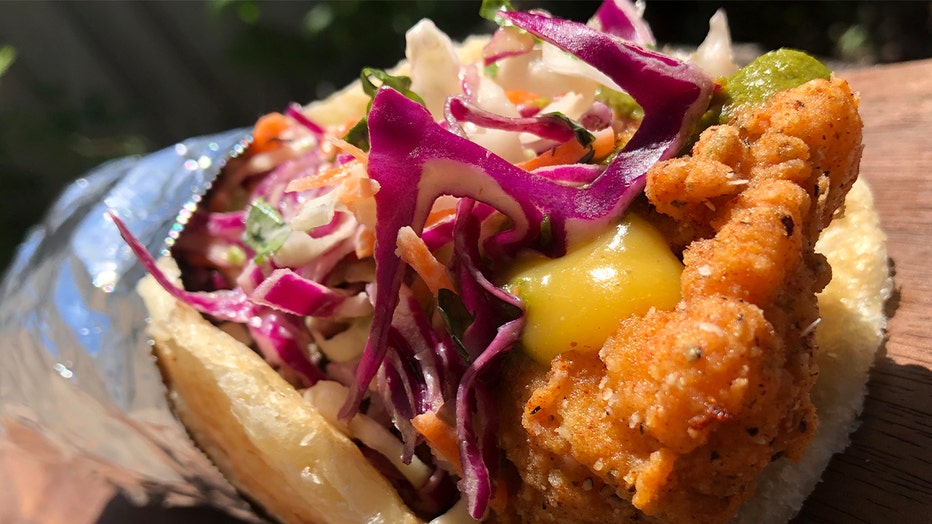 Location: At Mancini’s al Fresco, located on the north side of Carnes Avenue between Nelson & Underwood streets 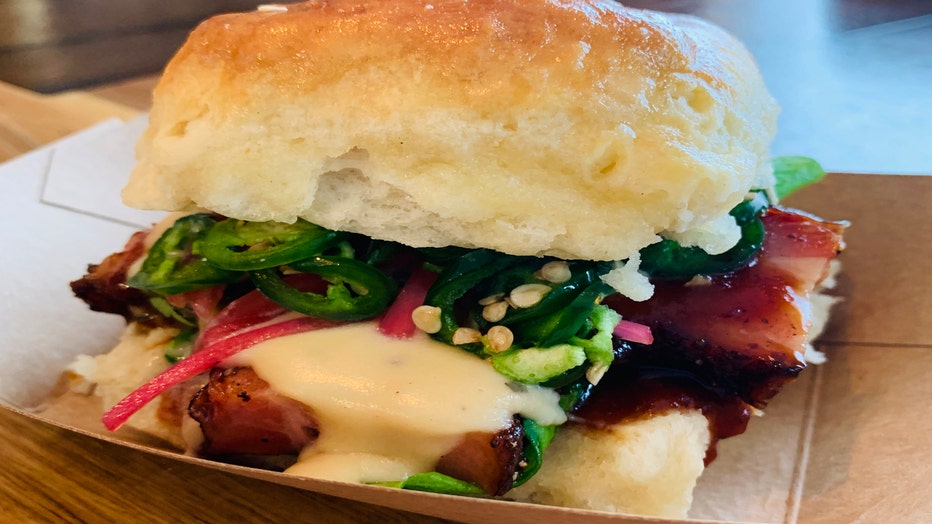 Location: At RC’s BBQ, located on the north side of West Dan Patch Avenue between Liggett & Chambers streets 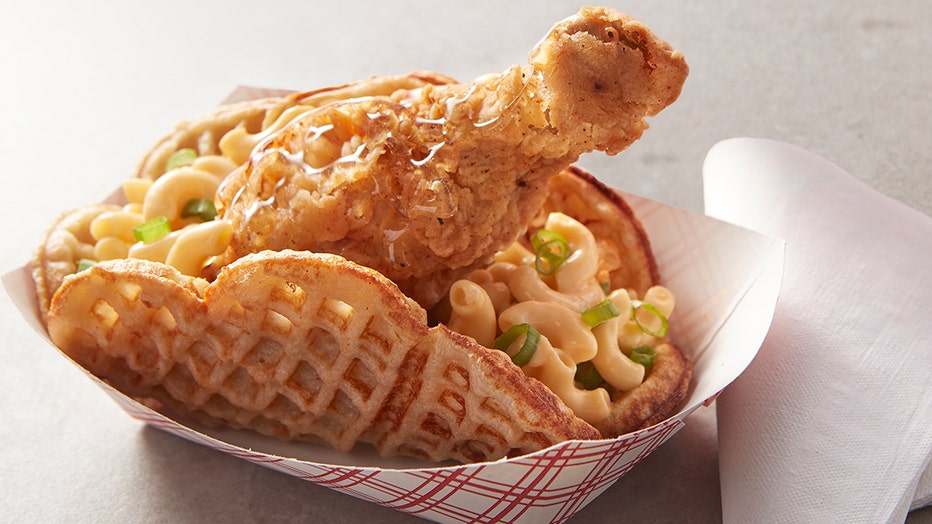 Two new fresh-made waffle wraps: A Southern-fried spicy chicken drummy and cheesy macaroni, finished with a drizzle of honey on a warm Nordic waffle; and a classic ice cream cookie sandwich, crunchy kettle corn and chocolate drizzle dusted with sprinkles all wrapped in a Nordic waffle. 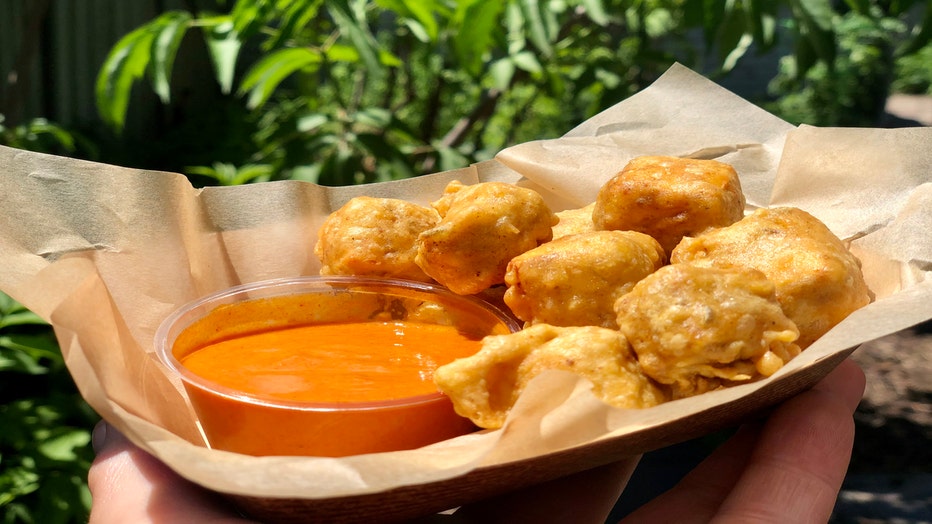 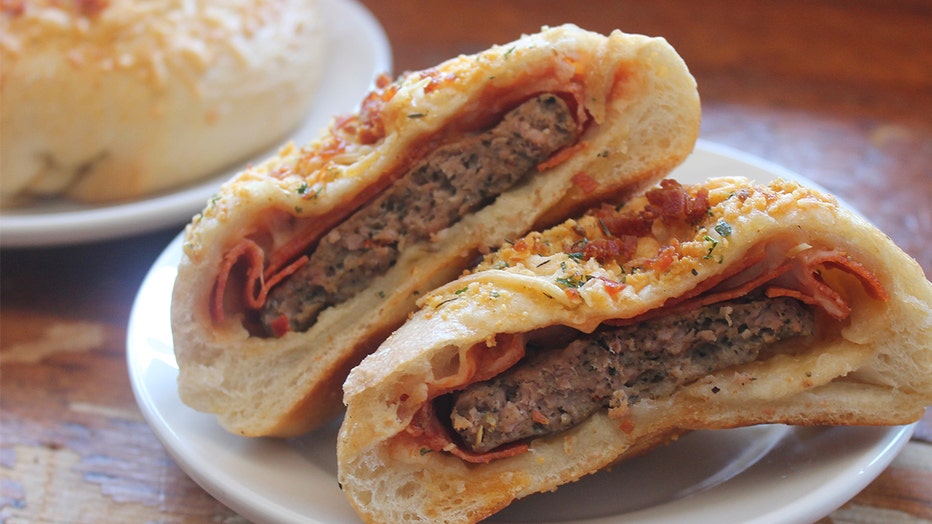 Location: At Green Mill, located on the east side of Cooper Street between Randall & Wright avenues, at Family Fair at Baldwin Park

Mashed sweet potatoes blended with sweetened cream cheese then wrapped in dough and fried. Lightly dusted with powdered sugar and served with maple dipping sauce on the side.

Location: At Potato Man & Sweety, located on the west side of Liggett Street between Carnes & Judson avenues, outside the Horse Barn 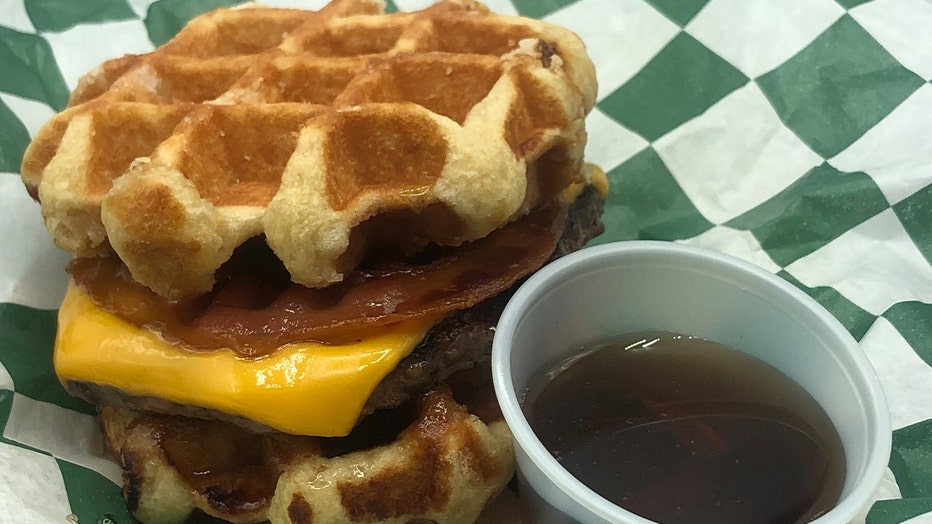 Location: At Andy’s Grille, located on the south side of Carnes Avenue between Chambers and Nelson streets