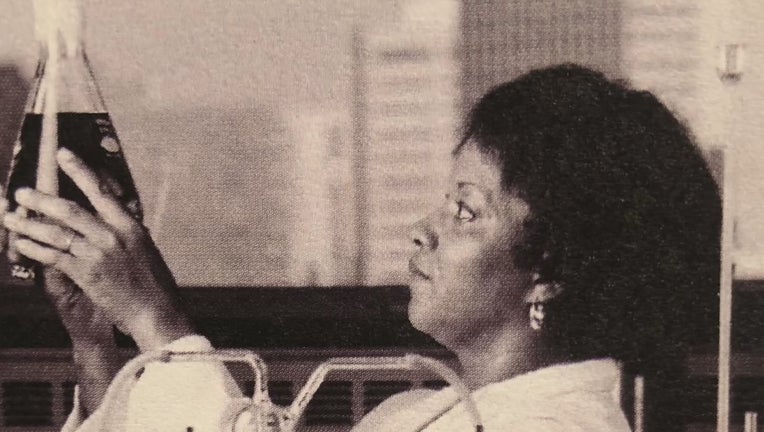 Dr. Reatha Clark King was a chemist for the NASA space program.

(FOX 9) - When Apollo 11 blasted off from Cape Kennedy on July 16, 1969, the world watched as NASA fulfilled its mission to put a man on the moon. The lunar landing launched the nation's space program into the stratosphere, but one of the people responsible for its success is still amazed at her accomplishment here on Earth.

"Oh, I joined in the feeling of jubilation with the rest of the country,” said Dr. Reatha Clark King. “Those words one small step and whatever - just sent music through my ears and chills through my body. Naturally a lot of cheers."

Minnesota scientist reflects on her contributions to Apollo 11 moon landing

The lunar landing launched the nation's space program into the stratosphere, but one of the people responsible for its success is still amazed at her accomplishment here on Earth.

Fire has been a common theme for Dr. King throughout her entire life. Her burning ambition to get an education came from picking cotton as a young girl growing up in southern Georgia.

"We were indoctrinated with the notion if you wanted to get someplace to move away from the hot sun you better get an education, education was the path to success," said Dr. King.

She fell in love with the sciences while attending Clark College in Atlanta and was inspired by famous Black scientist George Washington Carver even though it was hard to tell some of her family members.

“I went home for one Christmas, my aunt - my mother's youngest sister - told me I wouldn't find a husband if I majored in the sciences. I better major in home economics so I could get a job," said Dr. King.

Then as the first African-American woman to be hired as a chemist at the National Bureau of Standards, King measured how much heat was generated by certain chemical reactions. She eventually invented a coiled tube that allowed hot liquids, like fuel, to cool instead of explode - a crucial component of rocket design in the NASA space program.

"My particular assignment was to measure the heat of formation of oxygen difluoride - one of the most toxic combustible materials you could find," she said.

King says the day of the Apollo 11 liftoff, she was a bundle of nerves.

"I thought it was catching fire. I thought everything was going to explode," she said.

Now, she looks back on her contributions to space program as her crowning achievement.

"I feel pride for my country and for the opportunity,” said Dr. King. “I was so excited to be a part of the venture. We had been anticipating the landing on the moon. That was an adventurous time."

Years later, she says watching the movie "Hidden Figures" about Black female mathematicians working at NASA during the space race ignited a firestorm of feelings.

"It brought back some powerful emotions,” said Dr. King. “Greater now than back then because they showed how Black women had such a wonderful role and how we were such forces behind those endeavors."

For her work, King received an outstanding performance rating and the Meritorious Publication Award.

"More than deserved, yes indeed. It took me a long time," she said.

She hopes her example gets more young people of color to study the sciences and reach for the stars themselves, so the flame of discovery never goes out.

"Inspire them. Motivate them. Give them that can do spirit. Not do doubt themselves, but to believe in hard work. This was my dream for them," she said.

King moved to Minnesota in the ‘80s to become president of Metropolitan State University. She was also president of the General Mills Foundation. Last year, she received a civil rights legend award from Minnesota Governor Tim Walz.