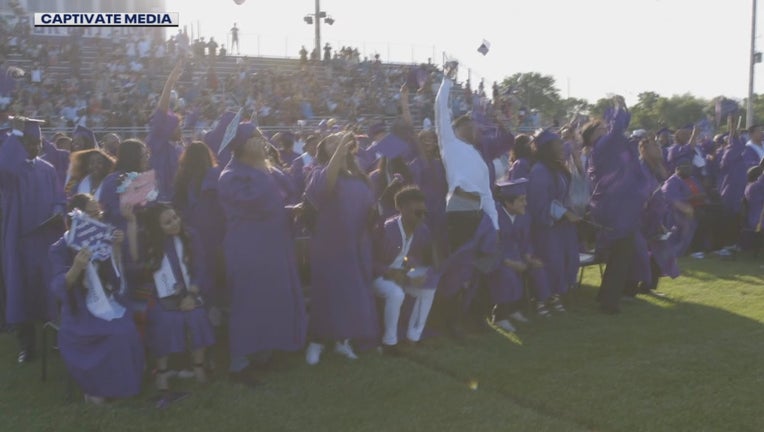 BLOOMINGTON, Minn. (FOX 9) - With the state of Minnesota banning in-person graduation ceremonies, school districts are now changing their plans on how to best honor the Class of 2020 amid the COVID-19 pandemic.

“That was one piece of hope that we were kind of holding onto, and then when the new guidelines came out this morning, that was a real shot and that was really disappointing,” said Dr. Jaysen Anderson, the principal of Bloomington Jefferson High.

Anderson says now it’s back to the drawing board to come up with another way to honor his graduating seniors.

“With this coming undone, we are starting the conversation of what can we do?” he said. “There does seem to be more that we can’t do than what you can do, which limits your options.”

That’s why a lot of schools are looking to people, like Jake Sturgis of Captivate Media, to help in organizing a virtual graduation.

“I think it’s important for them to honor many of the traditions that are already in place, but then to also think about starting new traditions and new ways of doing things with this being an online graduation versus an in-person graduation,” said Sturgis.

Sturgis says the ceremonies are viewed online, which allows students and their families to take part in a community viewing experience that makes the virtual graduation feel – as much as it can – like an in-person ceremony.

“We’re going to take some of those elements that are really good, but perhaps a chance to make those better and to be able to have more students participating within the ceremony,” he said.

It’s an option schools, like Bloomington Jefferson, are now moving toward in order to plan an event to honor their graduating class.

“They get the big picture of what the reality is, what our world is facing, what our community is facing, but they are also very fairly sad about the things they are losing out on,” said Anderson.

Several districts that FOX 9 reached out to say they are still working on what their ceremonies will look like and hope to get back to families in the coming week.