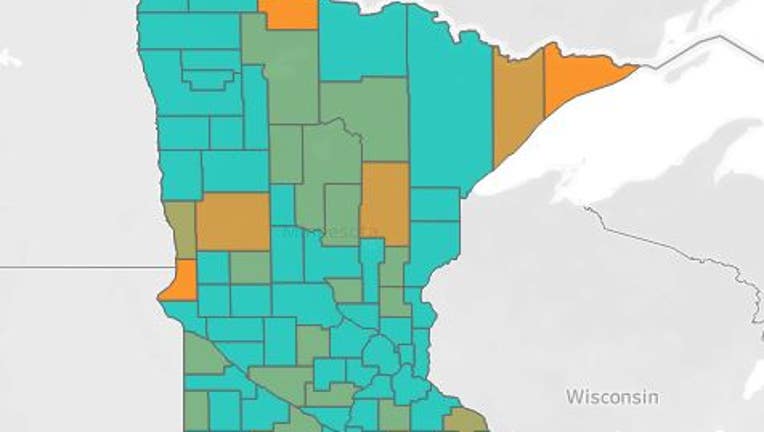 (FOX 9) - According to extrapolated cell phone data, Minnesota has received an “A” grade in social distancing so far in the COVID-19 pandemic.

In his daily briefing Tuesday, Gov. Tim Walz pointed to the data taken off cell phone towers and aggregated by the technology company Unacast.

The data shows Minnesotans have decreased their average distanced traveled by about 45.66 percent on average.

“Minnesotans seem to be social distancing to a point where we’re stretching out the peak infection rate a little bit,” Walz said Tuesday.

Walz said movement is down about 40 percent in the metro area and around 26 percent in greater Minnesota.

Going outside while social distancing is OK with some precautions

With most gathering places including gyms and health clubs closed, going outside for some exercise is one of the only things left to do to get out of the house.

Nationwide, other “A” grade earners are Washington, D.C., Alaska, Nevada, New Jersey and Rhode Island. The bottom five social distancing states are Oregon, New Mexico, Idaho, Montana and Wyoming, according to the data.

To collect the data, Unacast says it used tens of millions of anonymous cell phone records and their interactions with each other in order to ensure user privacy.