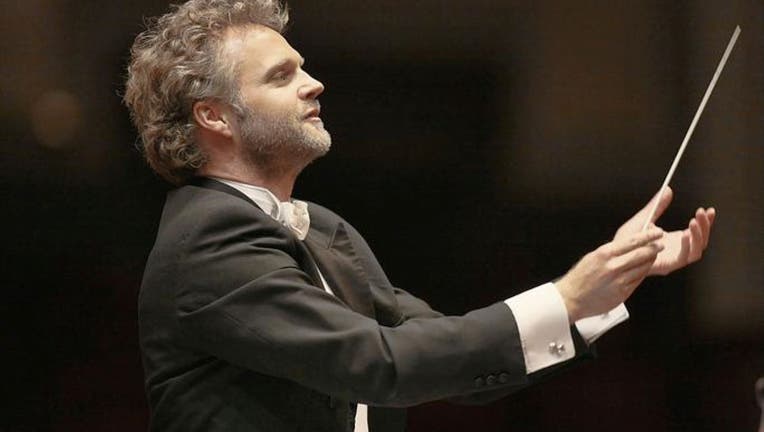 (FOX 9) - The Minnesota Orchestra announced Thomas Søndergård as their new music director beginning in the 2023 season.

"Our search Committee sat up and took notice of the captivating concerts that Thomas Søndergård conducted with the Minnesota Orchestra last December, and his return performance this spring proved similarly electric. He was a conductor of the highest caliber who invited the musicians to make music with him, and the result was thrilling. We believe he will be a powerful advocate for our music and musicians in the years ahead. His humanity artistry and collaborative approach are a great match for the Orchestra and our community," said Minnesota Orchestra Board Chair Joseph T. Green.

The newest music director is from Denmark and studied percussion at the Royal Danish Academy of Music in Copenhagen from 1989-1992.

Søndergård has many notable leadership titles under his belt, including a Royal Order of Chivalry by Her Majesty Margrethe II, Queen of Denmark. He's led major European and North American orchestras, including Berlin Philharmonic, Chicago Symphony, Houston Symphony and many more. Additionally, he was the principal conductor and musical advisor to the Norwegian Radio Orchestra and then the principal conductor of the BBC National Orchestra of Wales.

He first began working with the Minnesota Orchestra when he led three performances in December 2021 and returned to the stage again in April 2022.

"After my first rehearsal in Minnesota I remember thinking that it was one of the best experiences that I have ever had in a first meeting with an orchestra," Søndergård said in a statement.

"This is an organization with a long and wonderful history, and I’m honored to now be part of its future. I look forward to deepening my relationship with the broader community. My mind is full of possibilities for where we’ll start and what we’ll do together—I cannot wait to begin," he added.