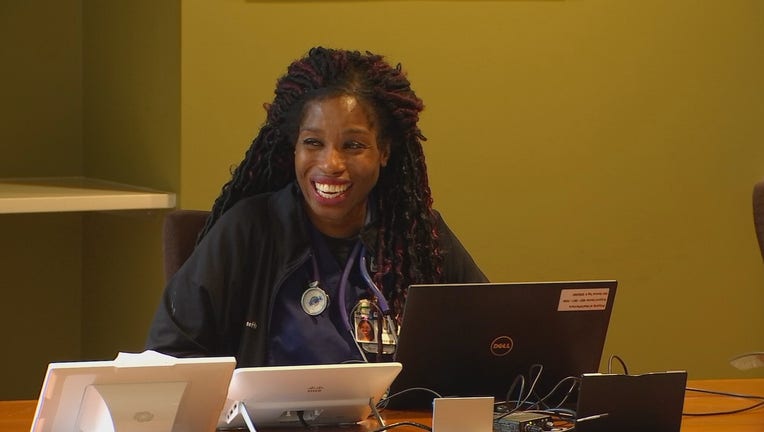 Local nurse Jeanette Rupert was surprised with a special honor at the upcoming All-Star Game.

ST. LOUIS PARK, Minn. (FOX 9) - A Twin Cities nurse known for being an all-star in her community received a surprise trip to attend this year's MLB All-Star Game.

Jeanette Rupert has been in nursing for 18 years, but after the pandemic hit, she switched from orthopedics to the intensive care unit at Methodist Hospital because she saw so many people dying of COVID-19.

A Minnesota nurse was surprised with the announcement of a special honor at the upcoming All-Star Game.

On top of that, Rupert began volunteering at a medical tent at 38th and Chicago after the death of George Floyd. Now, the effort has evolved into a nonprofit providing health care and education in her community.

Rupert already knew she and several other health care workers would be honored by the Twins at an upcoming game on July 11, but on Tuesday some of her coworkers surprised her with something else: a trip for two to Denver for the All-Star Game where she will be recognized by MLB, as well.

Rupert was brought to tears when she found out.

"I was very surprised I was chosen because I am just jumping in and helping like other people are," she said.

Rupert said she isn’t a fan of being in the spotlight, but she hopes her example inspires others to pitch in to make things better wherever they can.

"If it encourages others to reach out and lend a helping hand, then that’s good because I can’t do it by myself."