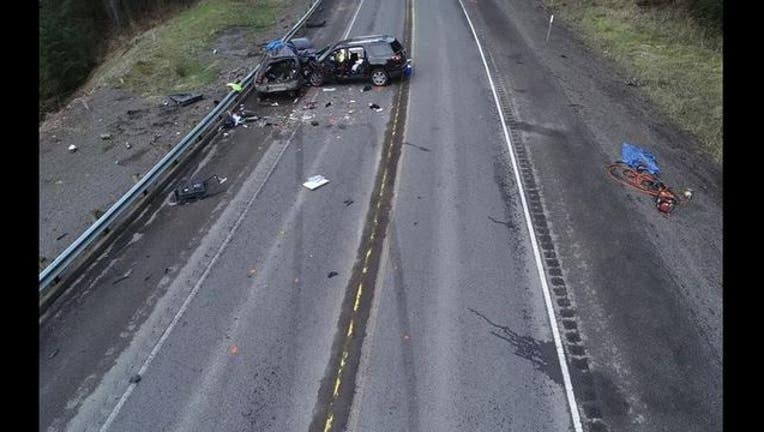 Around 4:45 p.m., police responded to a double fatal crash on Highway 26 near milepost 32. They found that a 2002 Chevrolet Trailblazer, driven by an 18-year-old Portland woman, was heading east on Highway 26 when she lost control, sliding sideways into the westbound lane.

The Trailblazer first struck a Toyota Tacoma - with no injuries - and then hit a 2017 GMC Acadia in a T-bone crash.

The passenger in the Trailblazer, a 19-year-old woman, was pronounced dead at the scene.

One of the passengers in the GMC was identified as 80-year-old Tom Bonneville of Windom, Minn. He was pronounced dead at the scene.

The GMC driver, a 71-year-old man, and three additional passengers were transported to Portland area hospitals. One of the passengers, 77-year-old Julia Bonneville from Windom, suffered serious injuries.

Speed and seatbelt usage are being considered possible contributing factors in the severity of the crash.