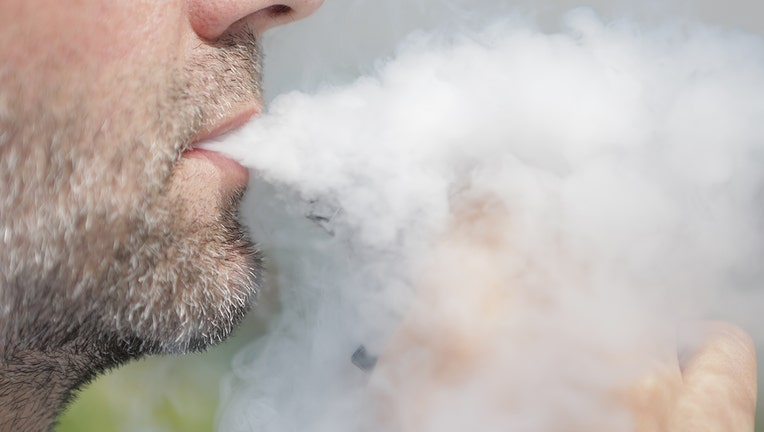 ST. PAUL, Minn. (KMSP) - Minnesota health officials have confirmed the state's first death linked to a national outbreak of serious lung injuries related to vaping. According to the Minnesota Department of Health, the patient was over 65 years old and died in August after “a long and complicated hospitalization.”

Minnesota State Epidemiologist Dr. Ruth Lynfield said the patient had a history of underlying lung disease and was hospitalized with a severe lung injury that progressed to include other conditions. Investigators found the lung injury was associated with vaping illicit THC products.

Minnesota health officials have confirmed the state's first death linked to a national outbreak of serious lung injuries related to vaping. According to the Minnesota Department of Health, the patient was over 65 years old and died in August after “a long and complicated hospitalization.”

“Our sympathies go out to the family of the person who died,” Minnesota Gov. Tim Walz said. “This tragedy and the serious injuries suffered by others show the stakes of this outbreak. Health officials are working hard to determine a cause and share information to prevent additional injuries. As that work continues, I urge Minnesotans to follow their guidance.”

Minnesota has 17 patients who have been classified as “confirmed” or “probable” cases of vaping-related lung injuries. An additional 15 potential cases are under investigation. Patients have been hospitalized for days to weeks, including many in the intensive care unit. Of the patients who have been interviewed, all reported vaping illicit THC products. Many also reported vaping other products including those that contain nicotine.

According to the CDC, more than 450 potential or confirmed cases of severe lung injury have been reported in 33 states. CDC indicates that many of these cases reported using THC products.

Minnesota health officials have confirmed the state's&nbsp;first death linked to a national outbreak of serious lung injuries related&nbsp;to vaping. According to the Minnesota Department of Health, the patient was over 65 years old and died in August after “a long and complicated hospitalization.”

Health officials continue to investigate the cases looking for a specific factor that might have caused the lung injuries. No cases in Minnesota have been associated with use of cannabis vapor products distributed through Minnesota’s medical cannabis program.

“One death from this outbreak is one death too many,” Minnesota Commissioner of Health Jan Malcolm said. “We are working with our partners around the state and the nation to find out everything we can as quickly as we can to prevent additional illnesses and deaths.”

In Minnesota, symptoms among cases included shortness of breath, fever, cough, and vomiting and diarrhea. Other symptoms reported by some patients included headache, dizziness and chest pain.

U.S. Surgeon General Jerome Adams was the keynote speaker at the National Conference on Tobacco or Health last month in Minneapolis. Adams said public health officials in recent years have been too focused on cigarette use and missed the rise in vaping.

“We’re going to have some hard family talk here, y’all. Some of that is our fault,” Adams said. “We didn’t skate to where the puck was going. At least, not all of us. At least not with as much gusto as we should have.”

"I think what did surprise me is how severe the reactions were – people dying and ending up in ICUs and ventilators by the dozens and now hundreds was surprising," said pulmonologist Andrew Stiehm.

Doctors at the local level are on high alert and making sure to ask patients if they vape – especially if they come in with pneumonia-like symptoms.

"At Allina, for instance, we do ask our patients about what they’re inhaling, vaping, etc. and they’re now making a big push to think of these possible pneumonia symptom cases as vaping linked," adds Stiehm.

A big red flag is those pneumonia symptoms, like a fever or coughing, don’t go away with medicine. And while there are still a lot of questions about exactly what's going on, the medical community knows they need to find answers soon as more cases are expected to come in.

"You really shouldn’t be inhaling things into your lungs that don’t belong there, so stop vaping," said Stiehm.