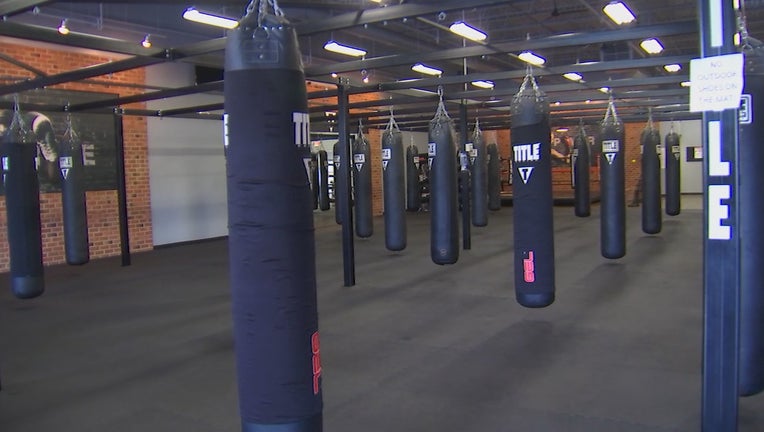 ARDEN HILLS, Minn. (FOX 9) - Title Boxing Club in Arden Hills said they held a five person class at the gym on Monday, going against the governor’s order. Then they got a call from the sheriff’s office warning them they’d be fined if they held another class.

FOX 9 first spoke with the owner and manager of Title Boxing Club last month when they were in fear of losing their clubs. Three weeks later, the fear is still there.

Title Boxing Club in Arden Hills said they held a five person class at the gym on Monday. The class went against the order from Gov. Tim Walz.

“Our business is dying because of this,” said Mark Royce, manager of Title Boxing Club.

“It keeps getting dragged on, and the debt keeps adding up without any clear end date,” added Lana Anderson-Kuchynski, owner of Title Boxing Club.

In total, the couple owns and operates four fitness clubs– all shuttered since March. But on Monday, they decided they couldn’t wait any longer

“We taught a noon class yesterday, we had five members show up. They were excited. They were happy,” Mark said.

That class came with a warning after an anonymous tip was called in.

“The sheriff’s office called me and threatened us with a $3,000 per class fine and a gross misdemeanor to the owner if we operate any more classes,” Mark said.

The governor’s order states there are penalties that can be handed out. An individual violating the order can face up to $1,000 in fines or up to 90 days in jail. And for businesses that force workers to violate the order, the fines go up to $3,000 or up to a year in jail. Fines could even be as high as $25,000 if the attorney general or city and county attorneys get involved.

FOX 9 reached out to Ramsey County Sheriff’s Office, who said they’re not looking to arrest anyone or issue citations. Rather, they’re hoping a conversation does the trick.

Mark and Lana said they just want a fighting chance for their businesses.

“There’s probably better than a 90% chance we’re not going to make it unless something dramatically changes,” Mark said.