Minnesota legislative Democrats backed Gov. Tim Walz and voted to keep the governor's peacetime emergency powers over the coronavirus in place despite stiff opposition from Republicans.

ST. PAUL, Minn. (FOX 9) - Minnesota legislative Republicans vowed Friday to block most of the criminal justice and police accountability changes that activists are demanding after George Floyd's death in Minneapolis.

Republicans who control the state Senate said they would support limited changes, instead of the 19 proposals that the House Democrats' People of Color and Indigenous Caucus are pushing in the special session that started Friday. GOP members also put a deadline on the session: one week, and then they'll go home. 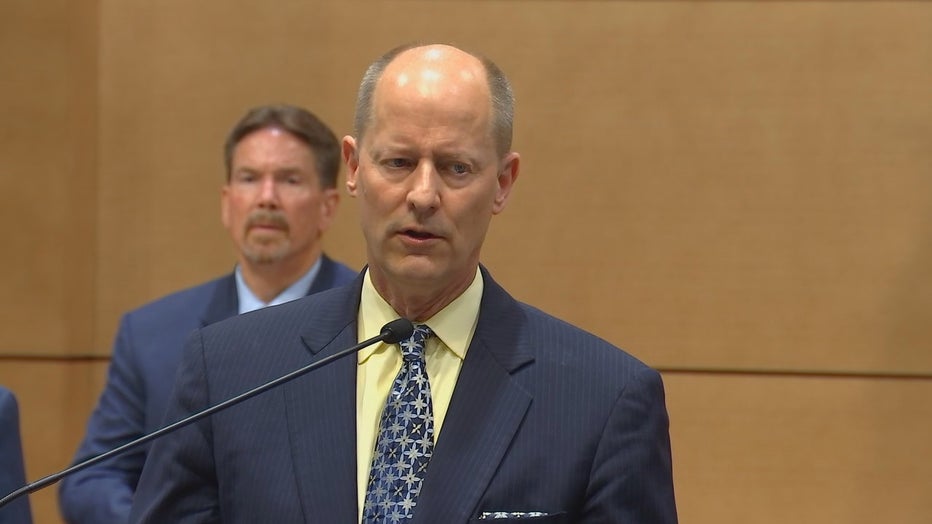 Republicans say they'll vote to end chokeholds and other neck restraints, require police to report use of deadly force to the state, and increase funding for emotional support for cops after traumatic incidents. They would not say if any of the proposals would be enough to stop another police killing.

"I will never be quoted saying we’re writing bills to prevent something from ever happening again," said Senate Judiciary Chairman Warren Limmer, R-Maple Grove. "That would be a lie."

Democrats said the GOP-endorsed changes fall far short of what's required after a now-fired Minneapolis police officer held Floyd to the ground for nearly nine minutes by pushing his knee into Floyd's neck.

Democrats who control the House accused Republicans of trying to "cut and run" by vowing to leave the Capitol next week instead of continuing to negotiate police changes with the House.

"It's a typical white male patriarchy system," said House Speaker Melissa Hortman, DFL-Brooklyn Park. "You have a white guy charge to the front, say 'This is the plan, this is how we’re going to do it, let’s go.' You know what? It might be time to make space for voices of people of color who have a different lived experience."

Among the DFL-backed proposals: putting the attorney general's office in charge of all investigations into police killings, strengthening the state police officer licensing board's ability to revoke licenses, and giving convicted felons the right to vote after leaving prison.

"We are going to demand -- and people are going to continue to demand -- that we change these policies and get fundamental transformational change," said state Sen. Jeff Hayden, DFL-Minneapolis, who represents the area where Floyd was killed.

Walz was forced to call the special session when he extended his peacetime emergency over the coronavirus. He has since described it as an opportunity to impose new accountability measures on police, and has said lawmakers should stay for as long as it takes.