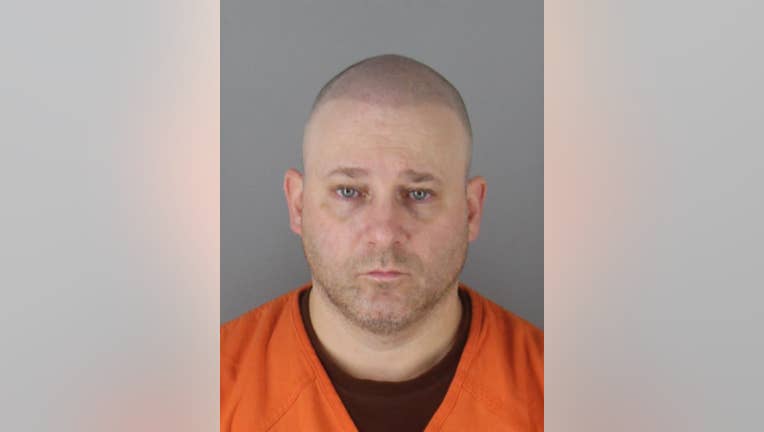 MINNEAPOLIS (FOX 9) - A Minnesota figure skating coach was sentenced to 24 years in prison Friday morning for sexually abusing one of his skaters.

Thomas Incantalupo, 48, was arrested in January 2018 when he worked with the Eden Prairie Figure Skating Club. He admitted to sexually abusing a teenager for over two years, taking her to hotels for sex beginning in 2015 when she was just 14 years old.

Minnesota figure skating sexual abuse survivor: ‘He robbed years of my childhood and I will never get those years back’

Minnesota figure skating coach Thomas Incantalupo was&nbsp;sentenced to 24 years in prison Friday morning for sexually abusing one of his skaters.

In court, Incantalupo made a teary apology to his wife and the skating community. The judge responded saying it wasn't an affair, it was a sex crime against a child.

The survivor of Incantalupo’s abuse delivered a victim impact statement to the court, saying her coach “turned my dreams into a nightmare.”

“I respected my Coach, and I believed he was helping me reach my dreams. But Tom had different plans for me and after I spent years training, Tom turned my dreams into a nightmare. I was 14 years old when Tom took my innocence. He took what wasn’t his to take. He robbed years of my childhood and I will never get those years back… I was full of fear but I realized that if I stayed silent, I was never going to be free. A million pounds of weight was lifted by telling the secret. And I was so relieved that everyone who mattered to me, believed and supported me. But I’m not free.”

The victim's attorney and national advocate, Sara Klein, spoke to reporters after the sentencing, promising civil action against U.S. Figure Skating for allowing "monsters" like Incantalupo to victimize young skaters. She argues the association isn't doing enough to protect its athletes.

“Incantulupo cannot hurt other children," Klein said. "But throughout the world of figure skating, children are still at risk."

Klein is promising civil action against US Figure Skating for allowing Incantalupo to victimize young skaters. Argues the association isn't doing enough to protect its athletes.

“Sexual abuse is murder, though the victims do not die," Klein added. "They suffer immense consequences for the remainder of their lives. So, yes, it is absolutely something you could equate to murder. It’s murder of the soul.”

Klein believes there are other victims of Incantalupo, and hopes the prison sentence will bring others forward.

"Child predators don’t just do this to one person," Klein said. "I have reason to believe there are other victims of Incantalupo himself, and my message I want to send them is he is now safely behind bars. And it is safe to come forward and use your voice and share your story.”

Incantalupo pleaded guilty to criminal sexual conduct charges and agreed to a minimum sentence of 12 years in prison. The defense was asking the judge for leniency at sentencing, arguing his life has been “without incident” since his arrest.

“There was no excuse for what happened,” the defense wrote in a pre-sentencing filing with the court. “Mr. Incantalupo was the victim’s skating coach of many years, but he was also teacher and mentor to hundreds of other female students. If he were a serial predator, he had the opportunity to commit many more but didn’t."

“It’s a very long time for a first time offender,” defense attorney Paul Engh said after the sentencing. “I was hoping for a lot less.”

U.S. Figure Skating stands with and supports the skater who bravely came forward after years of abuse by Thomas Incantalupo. Incantalupo’s actions were heinous and intolerable. By sharing the disturbing details of his grooming process and resulting sexual abuse, her voice and strength have put Incantalupo behind bars for his abhorrent crimes and provided other athletes and families the warning signs of grooming and abuse.

It is imperative that anyone who has been abused or suspects abuse reports it to the U.S. Center for SafeSport, local law enforcement or U.S. Figure Skating so predators like Incantalupo are caught and incarcerated.