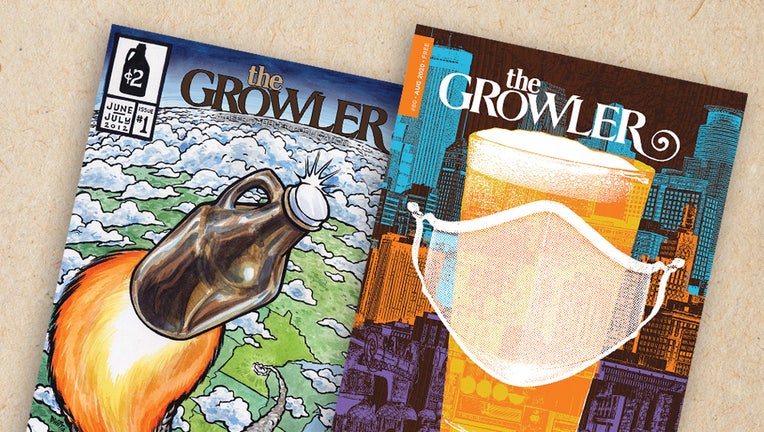 The Growler will release its last print issue next month. (The Growler Magazine)

(FOX 9) - Next month’s print issue of The Growler Magazine will be the last.

Matt Kenevan, owner, founder and publisher of The Growler, announced the end of the craft beer magazine’s eight-year run Thursday in an online letter to readers. He said 2020 was “looking to be a pretty good year,” but the COVID-19 pandemic hit the magazine’s advertising sales in the food and beverage industry. The pandemic also impacted a year’s worth of festival plans that would have sustained the free publication into future years.

“Back in 2012, my plan was to build community through craft beer and the craft culture that comes along with it,” Kenevan said. "Over the last 80 print issues, we achieved this with The Growler—with the help of many—and I feel that we have served our purpose and fulfilled our goal."

The Growler launched in 2012, when there was a growing craft beer scene in Minnesota. Since then, the magazine expanded its storytelling to food, culture, arts, the outdoors, and more.

“The truth of the matter is this was never supposed to last as long as it has,” Kenevan said. “But we did what many people thought was impossible and created something that lifted the Minnesota beer scene to where it is today.”

The publication’s parent company, The Beer Dabbler, will continue to host craft beer festivals once large events resume, he said.

Kenevan said he’s thinking of the 15 full-time staff and their families, as well as anyone else who has touched The Growler over the years.

“Thank you for making The Growler a part of your lives,” Kenevan said. “Hopefully, one day The Growler will rise up once again.”