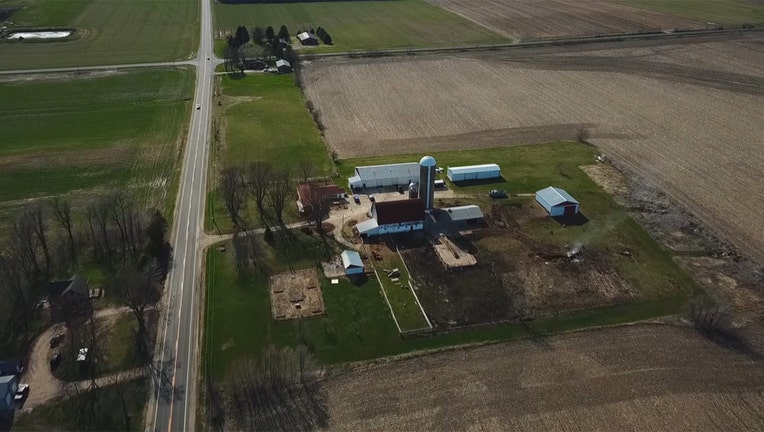 A Minnesota couple who were once high school newlyweds have reconnected later in life - establishing a 10-acre sanctuary farm in the process.

(FOX 9) - Off of US Highway 12, just outside Baldwin, Wisconsin, there's a tiny plot of land that feels like paradise. Its owners call it a little slice of heaven, but it's also a haven here on earth.

"There's just something about it out here that is just magical," owner Gina Mizell told FOX 9. "As soon as I hit the driveway, as soon as I hit the rolling hills, I can feel my whole body relax. I just have no other explanation for it other than it must be god's country out here."

On this 10-acre farm, there is everything from cats and dogs to more typical barnyard beasts.

More than 140 of them call this picture-perfect parcel home, but it's also hopefully the last stop for all involved.

"We take in either homeless or unwanted farm animals that need a soft landing and we provide them with a safe and forever home," Mizell said.

Gina and husband Chris are a long way from their suburban roots, where they were high school sweethearts in Eden Prairie, who went their separate ways after graduation. 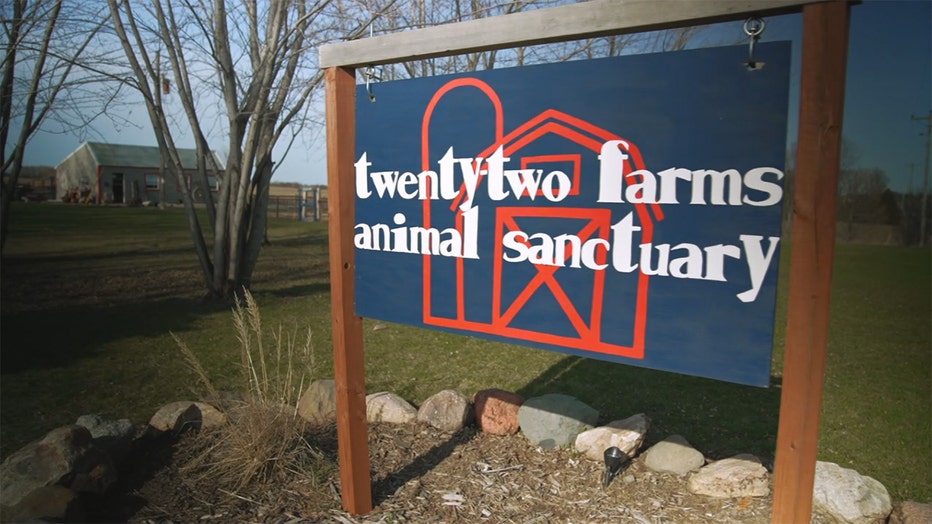 They reconnected six years ago and eventually got married, bonding over their shared love of fostering animals and a desire to get something more out of life.

"I had visited a farm in the second grade. I can tell you everything about that farm to this day. I could lay out in the farmhouse. What the names of the animals were. I was maybe a city girl who was meant to be a farm girl," Gina said.

Even though neither of them grew up on a farm or had any farm experience, the couple sold everything they owned, including their home in Eagan, and bought a farm, which they named after Chris' jersey number when he played high school hockey.

One by one, they started taking in farm animals who had nowhere else to go.

"When we went into this, we thought 50 animals would be good. Within six months, we had 50. A year,100," Chris said. "It's kind of mind-blowing how quickly it happened."

"If we would have tried this 50 years ago, without Google or YouTube, it would be a different story," Chris said. 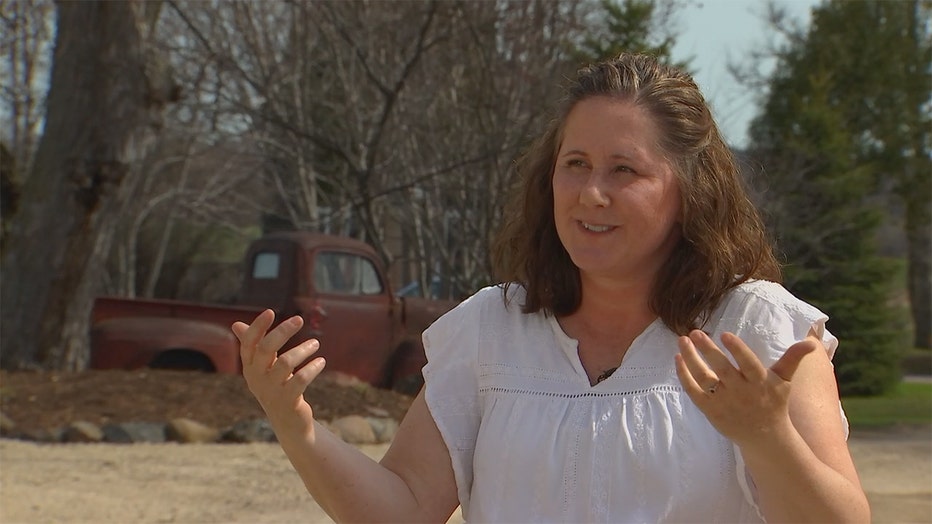 "We got some from really bad situations," Gina said. "We'll get a call and they'll say 'can you help out?' and those are some of the animals who have stolen our hearts."

After all, what's not to love about a 500-pound pig named Sally, who has a birth defect that caused one of her legs to be shorter than the others.

"She loves belly rubs. She's a little feisty with the boys so she's hanging out in a different pasture with the cows. Don't let her disability fool you. She can run and she's quite funny," Gina said.

Or a turkey named Henry, who wasn't getting along with his previous owner's flock and now stands guard over the yard, not afraid to ruffle a few feathers.

"He puffs up when people come but if he's puffed, sometimes he stands really still, which makes him look like a statue. And we've had many times people pull up and see him on the side and not think he's real because he is quite impressive," Gina said. "When they shut the car door, Henry responds to a loud noise with a loud noise, so we often just sit and kind of do the countdown 5-4-3-2-1, 'here he goes', to watch people's reactions."

Then there's the baby goat, who's previous owners left her outside in the middle of winter and lost her back hooves to frostbite.

The Mizell’s didn't know if she would make it, but she is not only surviving on their farm, she's thriving. 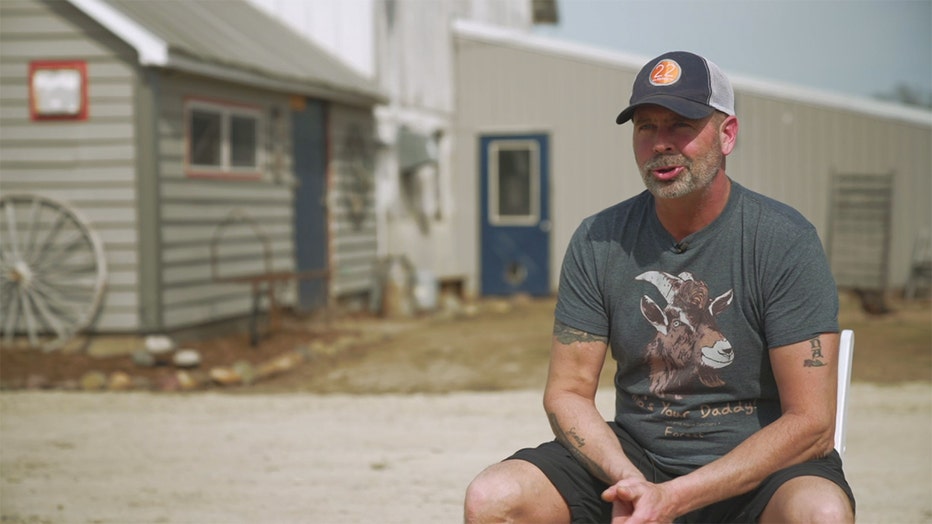 "She runs around now. She is a typical goat. She has gained so much weight. Her coat looks great. She likes to head butt the cats. She is just a doll. Hope is just an example of why we do what we do," Gina said.

Hope is a funny thing.

A little bit goes a long way and now the Mizells' dream is to make their pet project self-sustaining.

Life on the farm may be different than what they were used to but they wouldn't have it any other way.

"I just really encourage people if they have something they want to do, just go for it. You don't have to know what you are doing. We had no idea what we were doing. A couple of city kids moving out here and taking on a big farm like this and we are learning every day. It all makes it worth it," Gina said.

In addition to renting out a room on AirBnB, 22 Farms is also now available to host group tours, birthday parties, and concerts.