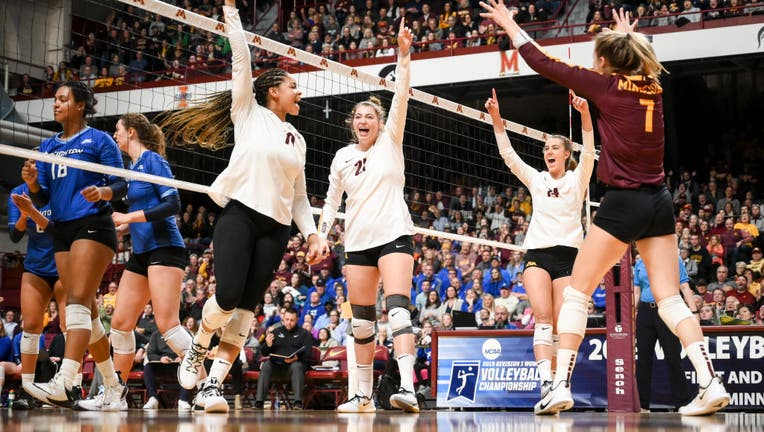 MINNEAPOLIS (FOX 9) - Coaches at the University of Minnesota are reacting to the Big Ten’s decision to postpone the fall sports season due to the COVID-19 pandemic.

“It’s not what we wanted, but we understand that everyone’s trying to do the right thing,” said Gopher Volleyball Coach Hugh McCutcheon.

Coaches at the University of Minnesota are reacting to the Big Ten’s decision to postpone the fall sports season due to the COVID-19 pandemic.

“We’re trying to do the right thing here in an instance where it’s really hard to know what the right thing is except to say there was not enough information to believe that we could pull off the season safely for everyone involved and right there that’s probably grounds for pulling the plug,” said McCutcheon.

Golan said her team had just begun pre-season practices and also was together when the word came down. She says she is trying to look at the bright side and hopes there will still be a spring season, which means there will be months instead of weeks to prepare for that first game.

“So the idea of having a complete semester to put a team together is kind of exciting for us as coaches,” said Golan. “In a weird way this is going to be fun for us to feel we have had thorough preparation time to get a new team together.”

For soccer, there are still challenges, such as where to practice through a Minnesota winter.

There’s also the collateral damage of no football, the major revenue driver for the U of M’s sports. The budget hits are huge, but like the virus, at this point, it’s hard to predict the total impact - only that it’s significant.

“At some point, the financial implications will get real for everybody,” said McCutcheon.