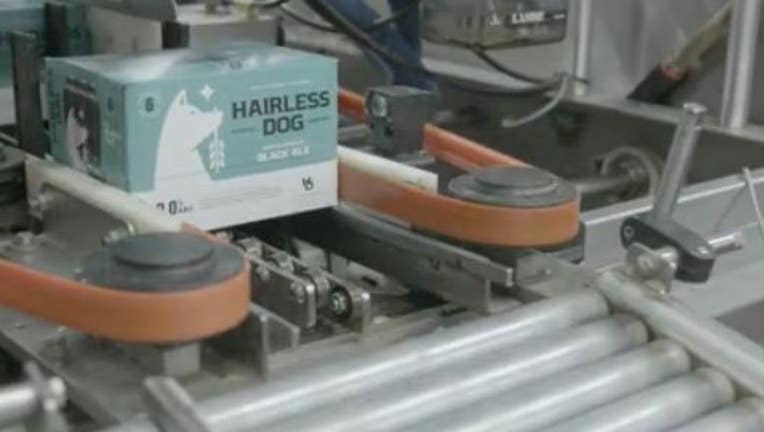 Hairless Dog beer is non-alcoholic and its Minnesota founders say the product came about at the same time as sober curiosity surged.

(FOX 9) - The alcohol-free kickoff to each year some call "Dry January" is an everyday thing at Hairless Dog, which is Minnesota’s first 0.0 ABV craft beer.

Paul Pirner, along with his friend and business partner Jeff Hollander, are pleasantly surprised how fast their non-alcoholic beer has gone from an idea in 2017 to a product selling coast-to-coast.

Pirner says the difference between Hairless Dog and other non-alcoholic beers is it tastes like the real thing and keeps alcohol out of the brewing process altogether. The vast majority of non-alcoholic beers on the market are regular beers with the alcohol removed, which also takes away other ingredients.

Non-alcoholic drinks are appealing to people like those in recovery and pregnant women. Plus, you can drink it anywhere.

It’s regulated by the FDA instead of the ATF and can be sold at Cub Foods as well as Total Wine. The group plans to bring the product to gas station shelves soon, too.

"We happened to coincide with sober curiosity, a new term you hear more and more often and the market kind of exploded around us," said Pirner.

The owners have seen good sales so far and are hoping to ride this wave of success for years to come.

"The sociality of drinking, of cracking a beer with your friend, is something people can replicate without the alcohol and I think people need that, particularly now," Pirner said.