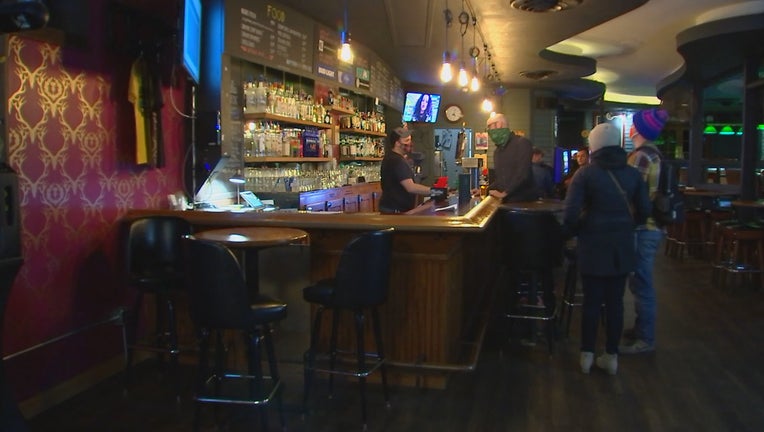 Bars are closing up as new COVID_19 restrictions take effect in Minnesota. (FOX 9)

ST. PAUL, Minn. (FOX 9) - Minnesota bars were putting the caps on their kegs on Friday as new restrictions went into effect barring indoor service for at least four weeks.

Friday was last call for the Black Hart Bar in St. Paul for a month and customers like Artrivas Washington and his friends are drowning their sorrows.

Even though Governor Walz is calling for bars and restaurants to close up indoor bar service for the next four weeks, Black Hart owner Wes Burdine decided not to offer any drink specials to drain his kegs because he didn't want to draw larger crowds.

Meanwhile, at Palmer's Bar on the West Bank, owner Tony Zaccardi is offering $2 off tap beers all day because the 10 kegs he has tapped won't keep until he can reopen -- costing him thousands of dollars in lost revenue.

"It's here we go again," said Zaccardi. "Is it only going to be four weeks? Most of us don't think so."

"The reality is it's going to get dumped out," he added. "When we got shut down last time. I returned 10 kegs that were barely tapped. The money's gone."

Zaccardi says his bar, which opened in 1906, already survived one pandemic - the Spanish Flu back in 1918 - and he believes it will make it through this one, too.