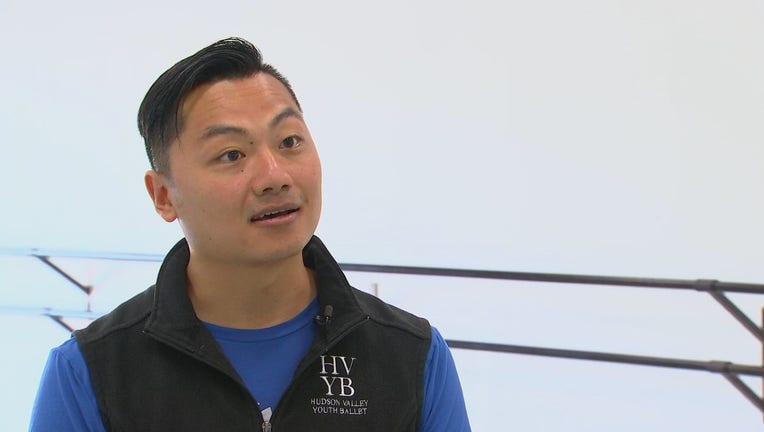 A local ballet dancer is showcasing an original Hmong story on the stage, hoping to inspire others.

(FOX 9) - A professional ballet dancer from Brooklyn Center has followed his dream all over the world. But, he has returned home to tell a very personal story through the art form he loves.

He hopes this show will resonate with the local Hmong community and beyond.

A Twin Cities ballet dancer is showcasing an original Hmong story on stage that was inspired by his mother.

"I like the regimen and discipline of ballet," said dancer Ho-Shia Thao.

Thao has been a professional ballet dancer for the last decade or so, but now a personal story from his family history is about to take center stage.

"I'm really excited to share all the hard work we've put into it with the local Hmong community," Thao said.

Thao created an original ballet titled "Diaspora: A Mother's Elegy" that will debut at the Cowles Performing Arts Center in downtown Minneapolis on Saturday.

Through music and movement, the production tells the story of the relationship between Thao's mother and his grandmother as it plays out across Laos, refugee camps in Thailand and finally here in the United States.

"I really did start to choreograph and build this story as a gift to my mother and to that relationship that she has, and to honor my grandmother as well," Thao said.

Thao grew up in Brooklyn Center before discovering ballet in his 20's, when he was a medical student at the University of Minnesota. He says the show is also a rare opportunity to use a European art form to showcase Hmong stories and to make ballet more accessible to a more diverse audience.

"We really wanted to tell stories of people whose stories have not been told," Thao said. "I knew these characters, I knew these people, and I wanted to do it justice."

In the end, Thao hopes his mother's journey of love and redemption does more than just share his family's story. He hopes it inspires a new generation of young people to pursue their artistic passions as well as embrace ballet as their own.