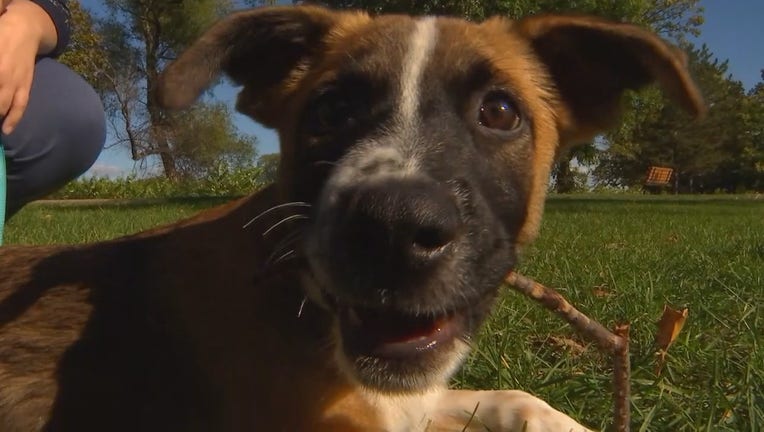 (FOX 9) - At about this time last year, pet rescues couldn't keep up with the influx of adoption requests. Now, they have the opposite problem on their hands.

Ruff Start Rescue says they've been inundated with animals who need a loving home, and they're seeing fewer people looking to add pets to the family. Donnie, a 12-week old puppy, and many others are up for adoption, and many shelters and rescues are in overload mode.

A Minnesota animal rescue group is seeing a big decline in adoption requests compared to this time last year.

"It is just an unprecedented change for us," said Kayla Kcielniak with Ruff Start Rescue. "Last year, we saw adoptions through the roof. We’d have an adorable puppy like him on our website for maybe 10 minutes, and he’d already have four applications. Now, we have pages and pages of puppies on our website, and we’re just really struggling to get those adoption applications filled out."

The organization has about 150 dogs ready for adoption instead of the 25 or so last year. They're hoping it’s just temporary as people adjust to being busy again.

"I think they were making up for lost time, and I know the school year has been challenging for a lot of parents with trying to make a decision for what to do," Kcielniak said.

But it’s not just not enough families adopting; the number of orphaned dogs is way up. The devastating weather has left many shelters in the south overflowing, and Minnesota has a history of helping out. Also, locally, the puppy populations have exploded in high risk areas like reservations.

"Basically anywhere an animal can breed year-round and can have multiple litters a year… that’s typically what we consider a high risk area."

Ruff Start Rescue says the challenges are not only for their rescue, but regionally and nationally as well. They say they need a lot of help and open hearts - fast.

"I always say the benefits really stand out. Having someone like this in your home just the love and affection they can give you…you just can’t compare it," Kcielniak said.