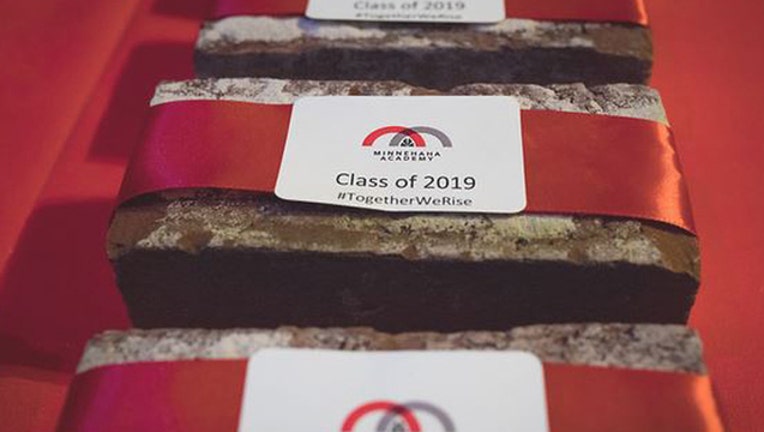 According to the school, after the graduation ceremony, each senior received a brick from the original building where they began their high school career.

Back in August 2017, Minnehaha Academy's Upper School was destroyed in a gas explosion, leaving two staff members dead. Nine others were injured. The school was on summer vacation at the time, but activities were still going on for a small number of students and staff.

The National Transportation Safety Board report noted that a school maintenance worker heard and smelled the natural gas release and went to its source in the basement meter room where the workers had been. As he exited the basement, he made an announcement over his hand-held radio that there was gas in the building and to evacuate immediately. As he made his radio announcement, he ran up the stairs and searched for occupants. Less than one minute later, the building exploded.

The new school building will be complete in August, in time for the start of the 2019-20 school year.