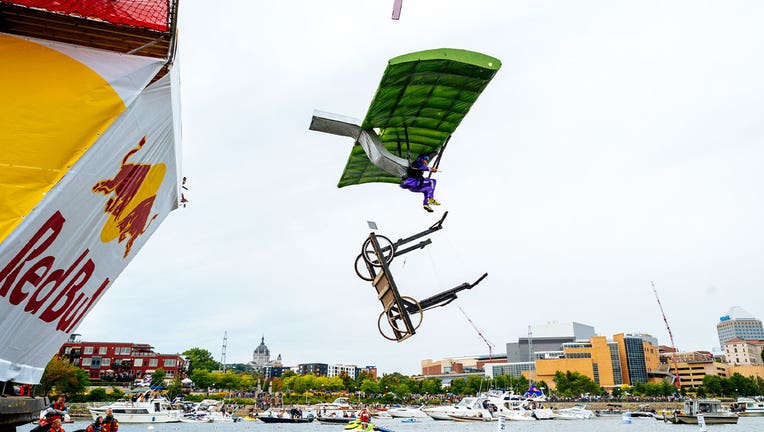 Spooner's Revenge takes to the air off the Flugtag. (FOX 9)

ST. PAUL, Minn. (FOX 9) - A Minneapolis team placed first in the Red Bull Flugtag as the competition returned to St. Paul on Saturday.

Thirty-eight teams, including 31 from Minnesota, competed on Saturday to see whose homemade, human-powered contraption could catch more air off the Flugtag's 30-foot tall platform into the Mississippi River.

Red Bull's Flugtag returned to St. Paul this weekend with plenty of teams turning out for the contest.

Competitors were judged on a number of factors including distance flown, creativity, and showmanship. At the end of the contest, Minneapolis' Spooner’s Revenge took home the first spot.

In a release, pilot Carl Romstad said this was his second time competing after first flying when the Flugtag was in St. Paul in 2010. 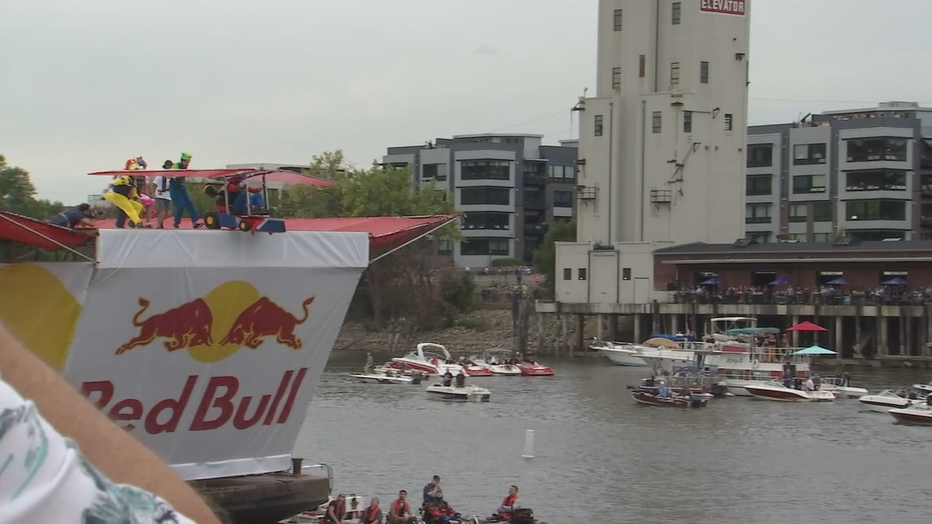 "We’ve waited nine years to do this again," he said.