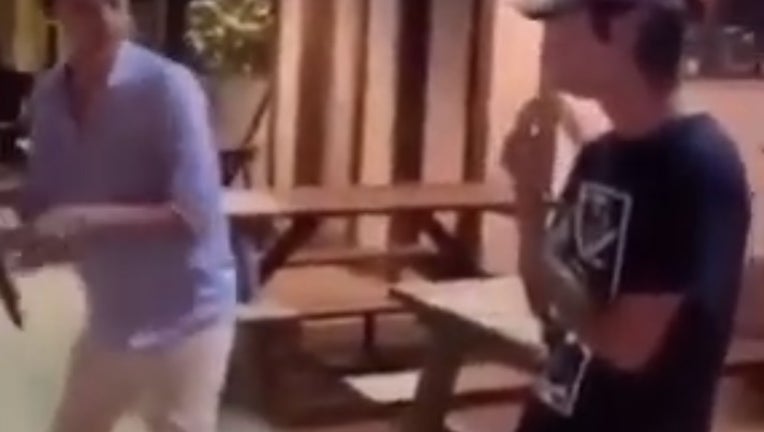 Police are trying to identify the man on the right from the social media video taken outside the CC Club in Minneapolis. (Minneapolis Police Department / Supplied)

MINNEAPOLIS (FOX 9) - Minneapolis police are asking for the public's help finding the man who was struck by a skateboard in the head that was captured in a viral video.

Officers say they have identified the suspect involved in the aggravated assault case but no 911 calls were made after the incident and the victim never came forward.

In the video, one clip of which has 5.8 million views on Twitter, two men are seen outside the CC Club in Minneapolis on the night of September 3 or September 4. One man is smoking as the other warns him he is going to strike him with a skateboard if he says the n-word.

Anyone who can identify the victim is asked to call Crime Stoppers at 1-800-222-TIPS.