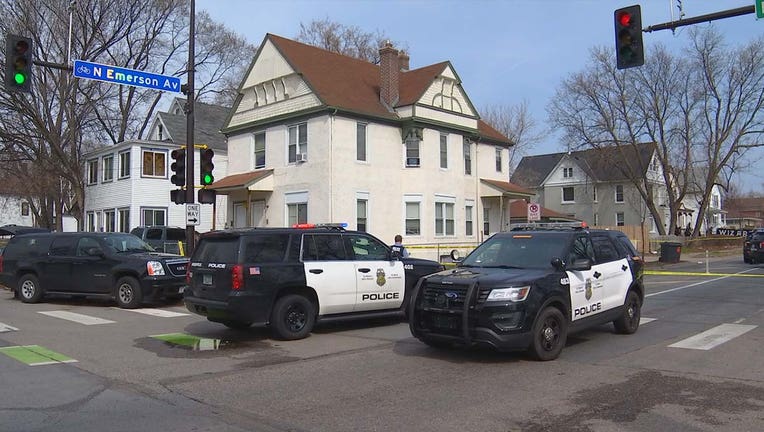 Police are investigating the 30th homicide in Minneapolis this year.

MINNEAPOLIS (FOX 9) - A man was shot and killed in Minneapolis Friday morning, marking the city's 30th homicide in 2022.

The shooting scene at 24th and Emerson avenues is being investigated, and officers with the Minneapolis Police Department have arrested two suspects.

The report came in around 8:30 a.m. Friday, according to MPD Public Information Officer Garrett Parten. Officers arrived while shots were still being fired.

"Officers arrived in a very dangerous situation with gunfire being exchanged," Parten said. "Officers with the Minneapolis Police Department did not fire their weapons." 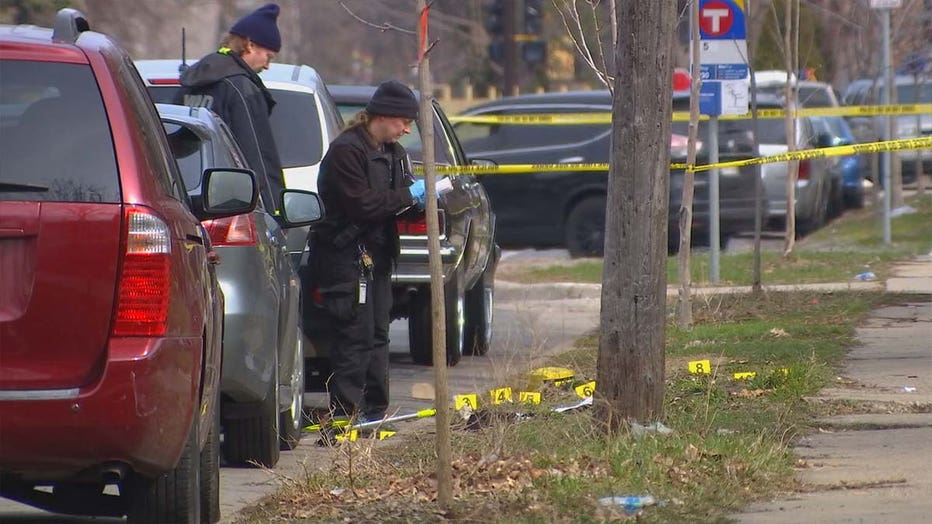 Homicide investigators on scene at 24th and Emerson avenues in Minneapolis. (FOX 9)

An officer on scene identified a male suspect, who then ran away on foot. Parten says the officer chased him down and arrested him.

Police also arrested a woman at the scene without incident, Parten says. Despite life-saving efforts, the man who was shot died at the scene.

"Today, we were able to bring this about in a very peaceful manner," Parten said. "We took a very dangerous situation where a homicide occurred and brought it to a peaceful resolution with individuals arrested."

This was the city's second homicide in less than 24 hours. Around midnight, a man died after being shot by a family member.

"We are going to fight every day for a safe community. We are here, and we are not going away," Parten said.

This story will be updated as more details become available.