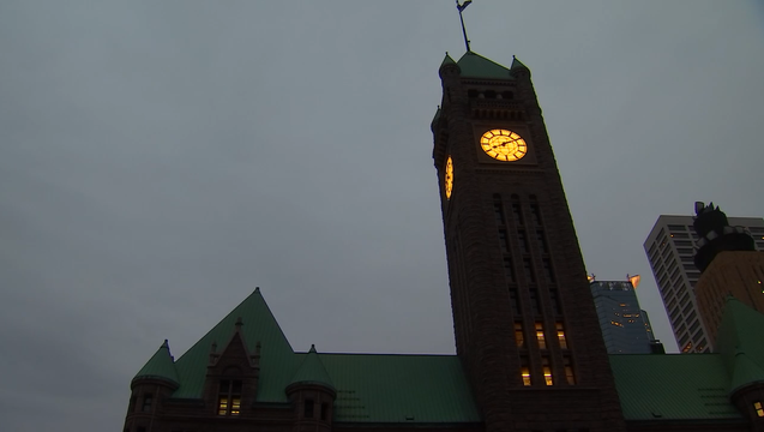 The nearly $2.1 million project involved replacing the glass on the clock, which was built nearly a century ago. The steel framing was also replaced with cast aluminum and neon lighting was replaced with "historically accurate backlighting," according to a release. Other critical repairs were made along with some additional historic preservation work.

Measuring 24 feet 4 inches in diameter, the clock is the largest four-faced chiming clock in the world.

Pieces of the old ceramic clock faces are also available for interested artists.

The 15-bell set plays every hour, quarter and half-hour, and the bells weigh between 300 to 7,300 pounds each. The clock features about 11,000 pieces in each of the four clock faces.