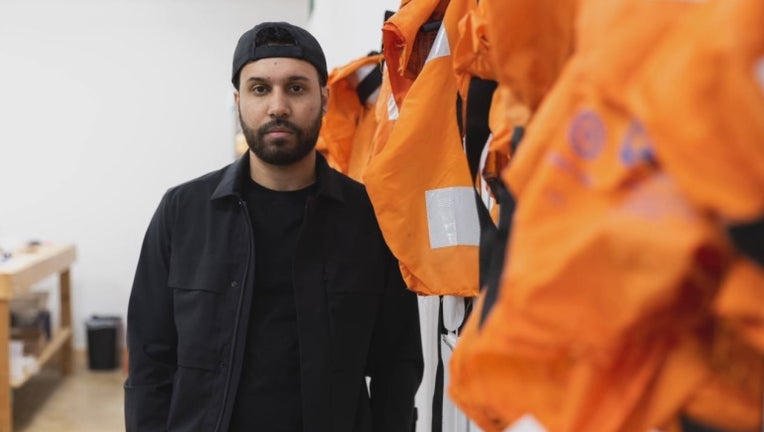 MINNEAPOLIS (FOX 9) - New York Fashion Week is one of the biggest weeks in fashion. Among some of the biggest names in the industry, a Minneapolis-based designer hopes to use the platform for a good cause.

More than two and half years after launching his brand, Mohamed Malim is preparing for his global debut.

New York Fashion Week is one of the biggest weeks in fashion. Among some of the biggest names in the industry, a Minneapolis-based designer hopes to use the platform for a good cause.

"I’m very excited because it’s a great moment for me and our team," said Malim.

On Thursday, the 24-year-old will showcase his work virtually as part of New York Fashion Week.

His clothing is a line of statement pieces that go beyond any trends.

"I saw fashion as a way to make supporting refugees more accessible," he said.

In the '90s Malim and his parents fled war-torn Somalia. For fabric, he incorporates life jackets discarded by refugees traveling the Mediterranean Sea.

"The reason why we use this fabric is to create awareness of the refugee crisis that’s going on and to support," said Malim. "I want people to know that’s there’s a crisis going on in third world countries."

The name of his label, Epimonia, means perseverance in Greek.

"Sweatshirts, as you can see, you can see the life jacket patch on it, the hats, the bracelets," said Malim.

Malim says that 50 percent of his proceeds go to organizations supporting refugees.

"I’m blessed and fortunate to do what I love and give back and that’s the most important aspect for me," he said.

Facing fashion’s biggest stage, this up-and-coming designer is looking to make his mark.

"I would like to see people wear our products and for that, this is the beginning of the journey," he said.

Malim is one of just a few new designers asked to take part in the exclusive event. His clothing line will make its virtual runway debut at 1:30 p.m. CT Thursday.