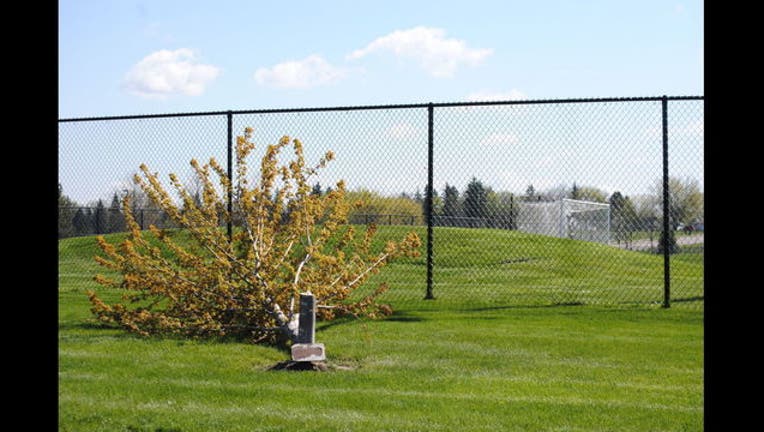 FARIBAULT, Minn. (KMSP) - The Faribault Police Department has identified three people believed to be responsible for cutting down trees in the city, including a memorial tree planted for a Faribault High School student who passed away.

The vandals cut down six trees at Faribault Soccer Complex and Faribault High School sometime between Wednesday and Thursday last week. One of the trees had been planted in memory of Nicholas Paulson, who died in 2009 at the age of 16, according to the Faribault Daily News.

The suspects are two 19-year-old men and one 18-year-old woman who live in the Faribault area.

“I’m pleased to see those responsible for this senseless act of vandalism have been identified,” Faribault Police Chief Andy Bohlen said in a statement.

The teens will likely face felony charges for criminal damage to property.