Odds you win the lottery are slim

There’s still a chance to ring in the New Year with a windfall of cash.

Both the Mega Millions and Powerball jackpots have soared to more than $400 million each, with drawings to be held Tuesday and Wednesday.

The current Mega Millions top prize is $432 million, with a lump-sum payment cash option of $329.7 million. Its next drawing is scheduled for Tuesday at 11 p.m. EST. 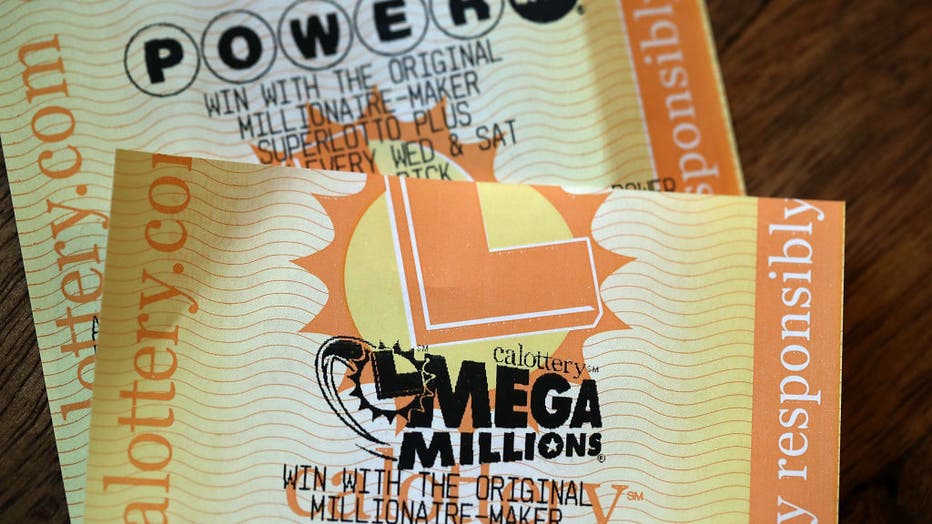 Powerball and Mega Millions lottery tickets are displayed on January 3, 2018 in San Anselmo, California. The Powerball jackpot and Mega Millions jackpots are both over $400 million at the same time for the first time. (Photo by Justin Sullivan/Getty

"Regardless of how much you spend, it only takes one ticket to win. That’s what won it for me," he said, according to organizers of the lottery game.

The Powerball jackpot prize is currently sitting at $410 million, with a lump-sum payment option of $316.4 million.

The last time someone won the Powerball jackpot was also in September 2020, when a man from Malta, N.Y., opted for a $51 million lump-sum payment out of a total prize of $94.8 million.