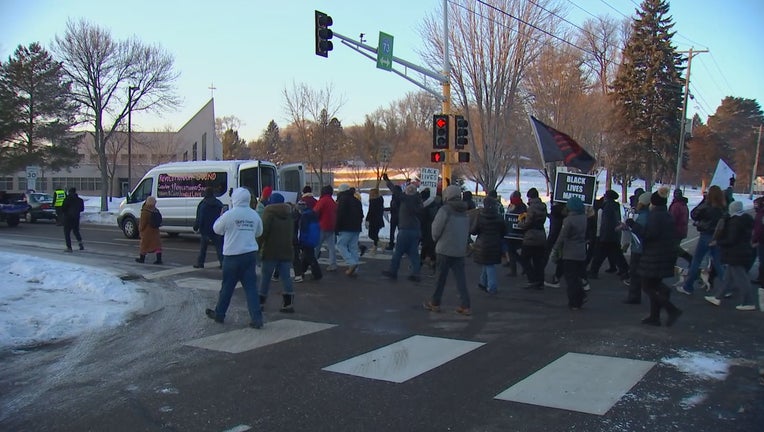 Marchers moved down Hopkins Crossroad Saturday afternoon and through nearby neighborhoods and shopping areas. (FOX 9)

MINNETONKA, Minn. (FOX 9) - Organizers say a rally that marched through the shopping district in Minnetonka, Minnesota was focused on calling on suburban residents to make their voices heard on issues of inequality.

The protest also aimed to "show solidarity" with the family of Dolal Idd, the man killed in an exchange of gunfire with Minneapolis police on Wednesday.

Protesters gathered around 3 p.m. along Hopkins Crossroad, before moving north and marching down the road through neighborhoods and eventually past Ridgedale Center.

The protest blocked traffic in some areas near the mall for parts of about two hours.