MANKATO, Minn. (FOX 9) - A Mankato, Minnesota mother is now charged with allegedly killing her 16-month-old child, who was brought to the hospital unresponsive and later died.

The Blue Earth County Attorney’s Office initially charged Chelsea Olinger, 27, with first-degree assault when the child was on life support. The attorney’s office amended the charges to include second-degree murder, third-degree murder and malicious punishment of a child after the toddler died. 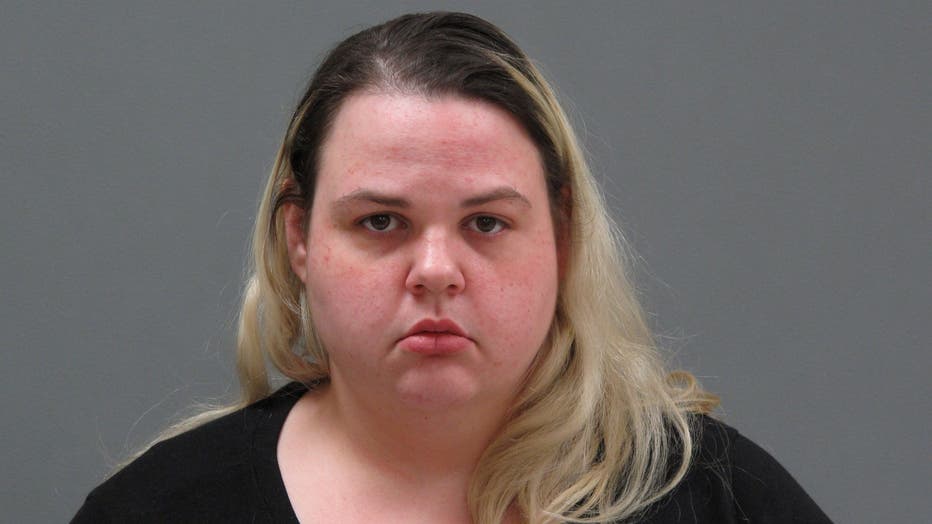 According to amended charges, on Feb. 10, Olinger brought her child to the hospital claiming her toddler had fallen down a flight of stairs. A hospital employee notified police the injuries were suspicious.

Medical records showed that when the child arrived at the hospital, the child was unresponsive and not breathing, the charges say. Doctors learned the 16-month-old had suffered bleeding on the brain, compression fractures on two vertebrae, fractures on seven ribs and laceration of the liver. A doctor told police the injuries were not consistent with falling down the stairs.

In a police interview, Olinger said the child's crying woke her up at 4 a.m. She said she grabbed the toddler and tried to put the child down about four or five times. During this, she said the child's head flopped back and forth. Olinger later told police she didn't realize she was hurting the child when she was putting the child in the crib.

Following an emergency surgery in Mankato, the child was transported to the Mayo Clinic in Rochester. The child did not have any brain activity and was on life support until they died several days later.

The Mayo Clinic medical examiner determined the child died of complications of multiple blunt force injuries. They listed the child’s manner of death as homicide. A full autopsy report is expected in a few weeks.