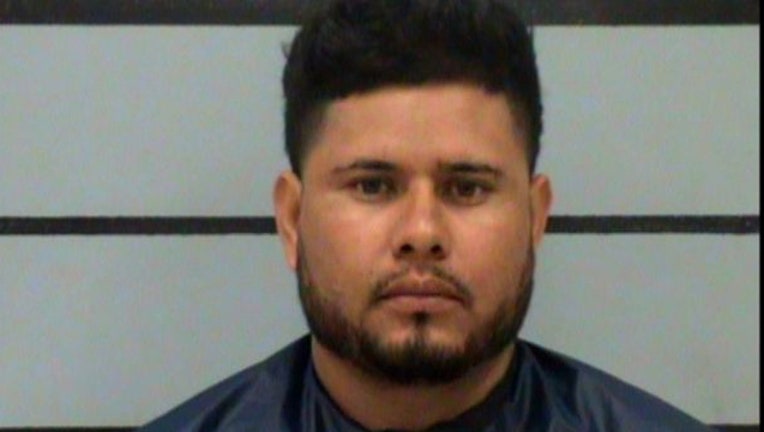 David Ramos Contreras, 27, was arrested Thursday in Lubbock, Texas, for his alleged role in the rape and kidnapping of two teen girls in Ohio. (Lubbock Police Department)

One of the three men wanted for the alleged rape and kidnapping of two teen girls in Ohio has been arrested as a manhunt, which now includes U.S. Immigration and Customs Enforcement (ICE), continues for the two other suspects.

David Ramos Contreras, 27, of Mexico, was taken into custody Thursday by the U.S. Marshals Service in Lubbock, Texas, Fox 8 reported. He was reportedly found hiding under a bed, although the exact location wasn't immediately clear. Contreras, who was reportedly deported from the U.S. in October 2017, will be extradited back to Ohio to face charges.

Contreras, along with Arnulfo Ramos and Juan Garcias Rios Adiel, 19, were sought by Bowling Green Police after two sisters — ages 13 and 14 — reported on June 28 that the trio, along with a fourth suspect, Simon Juan Thomas, kidnapped and raped them.