A sentencing of more than 26 years for a murder in Minneapolis has also turned into calls for more mental health services in Hennepin County.

MINNEAPOLIS (FOX 9) - As gunman Malcolm Lessley was sentenced Tuesday in a Hennepin County courtroom, most all of the parties involved in the 2020 case called it a tragedy with no winners.

Lessley, who was once civilly committed by a judge, shot and killed 51-year-old Tommie McCoy, Junior while the pair were on board a Metro Transit C-Line bus in downtown Minneapolis nearly two-and-a-half years ago. Lessley also shot a second innocent victim in the face that night. That shooting victim survived his injuries.

"The system did fail my son," explained Geraldine Nabors, Malcolm’s mother in court. "When I tried to get him help, he didn't get no help and it's sad."

Lessley agreed to plead guilty in the case in exchange for a 320-month prison sentence (26.6 years). His family believes if the now 29-year-old Lessley received the necessary mental health assistance, the deadly encounter would have never happened.

"It needs to be fixed," said Lessley’s sister, Brittany of the mental health system. "You know, had he had help, we would not be here today. That family would not be mourning a loss of somebody that they can't get back. So it all starts with the system."

McCoy’s loved ones describe losing the glue who held the family together, an innocent victim who did absolutely nothing wrong.

"He took a bright light from our family," shared Tommie’s sister Lavenia McCoy, "As you guys can see, you know, from our shirts. I just really wanted to convey what Tommie McCoy, Junior meant to our family."

As for the gunman, those closest to him insist he is no monster. Instead, they are haunted by questions about mental health and where was the assistance when it mattered most.

"If my son would have got the help that he needed, we would not be here," said Nabors during her courtroom statement on behalf of her son, Malcolm before his sentence was imposed. "So now all of us are suffering." 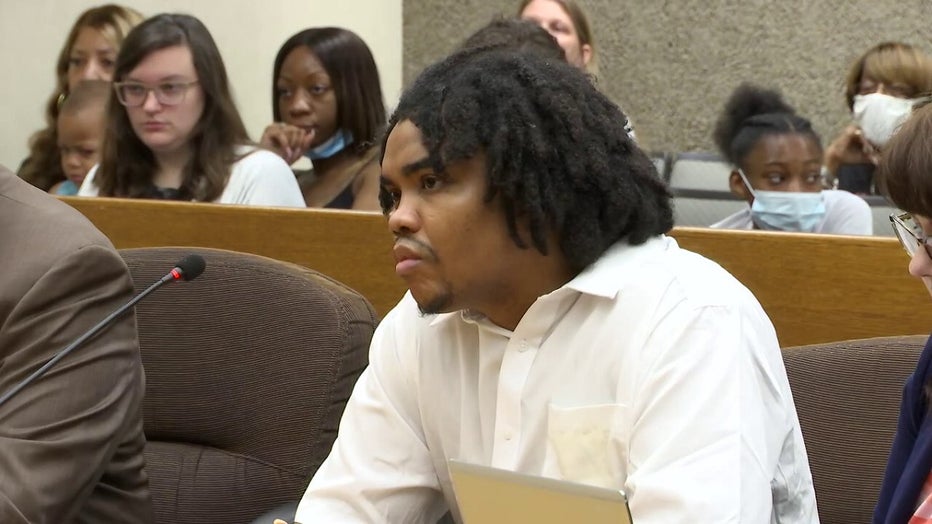 Malcolm Lessley in court during his sentencing hearing. (FOX 9)

His loved ones described a life spiraling out of control when Lessley was sent home, and they were unable to get him the continued care they believed was desperately needed given his mental illness.

"I was in fear for my life and I reacted out of it," Malcolm Lessley told the court during an apology to the McCoy family. "And, you know we are all humans. You know, mistakes happen. I sincerely apologize now for my actions. That's all I want to say. I hope I am forgiven. If not, I understand."

Lessley explained his mind wasn’t right, thinking he needed to shoot his way off that C-line bus to survive. Lessley’s defense attorney Rory Durkin attorney hoped in a case with no winners, it might prove to be a catalyst for change.

"We have a crisis in our country, and I think this case is a reflection of that crisis," said Durkin. "Too many young black males with mental health issues are largely funneled into the criminal justice system rather than receiving treatment that they so desperately need."

McCoy’s family has hired civil attorney Jeff Storms. Storms confirmed a lawsuit is pending, seeking to address at least some of the alleged system failures that led to the deadly encounter.