A vigil was held Friday night for Randall Smith at the site where he was shot and killed in downtown Minneapolis.

MINNEAPOLIS (FOX 9) - A vigil was held Friday night in remembrance of a beloved Minneapolis community organizer who was killed earlier this week.

Randall Smith was found lying outside a vehicle Wednesday night on the 1200 block of 7th Street in downtown Minneapolis. He was shot multiple times and later died at a hospital. 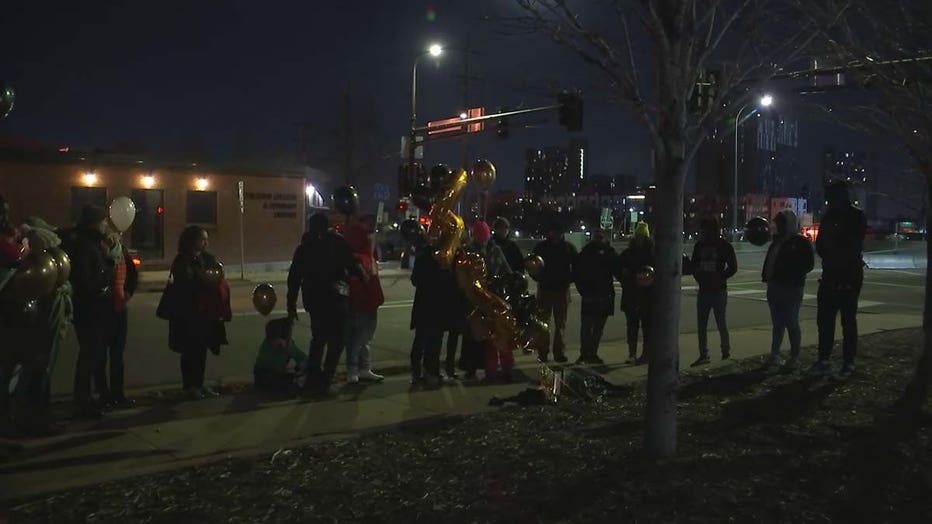 A vigil was held Friday night for Randall Smith at the site where he was shot and killed. (FOX 9)

Smith was a restaurant manager at All Square in south Minneapolis. Known as a community advocate, he co-founded the All Square Fellow Fund, which provides services for previously incarcerated people.

All Square has temporarily closed "due to a devastating loss," writing on Facebook about Smith's incredible impact on the people around him. The restaurant also shared a GoFundMe page that has been established to cover funeral costs and support the future of his two kids.

"For us, this loss feels insurmountable and impossible to grasp. There is not one inch of All Square’s present and future that hasn’t been informed and impacted by Randall. His energy and belief in our work has seen us through the darkest chapters," the post states.

On Friday, friends and family gathered in south Minneapolis to recognize Smith's contributions in the community.

Friends and family gathered in south Minneapolis Friday to remember a beloved Minneapolis community organizer who was shot and killed Wednesday night. Randell Smith was a restaurant manager at All Square and co-founded the All Square Fellow Fund, which provides services for previously incarcerated people.

"What we have experienced is an extraordinary and tragic loss. This is a grave and deeply felt loss for the city of Minneapolis, the Twin Cities, for this state," said Elizer Darris of the Minnesota Freedom Fund. "Randall Smith was an incredible person with an incredible heart. He felt deeply. He connected with people in extraordinary ways."

Organizers of Friday’s event say that Smith, who was incarcerated earlier in life, worked tirelessly to invest in people who had been impacted by mass incarceration.

His work even caught the attention of the Minnesota Vikings' social justice committee. Just a few weeks ago, Vikings linebacker Eric Kendricks gave Smith a grant, along with two tickets to the upcoming Super Bowl.

So far, no arrests have been made in the case.

A man died hours after a shooting in Minneapolis' Elliot Park neighborhood Wednesday night. Police said he was shot while sitting in his vehicle and then was shot several more times after he got out and collapsed on the ground.