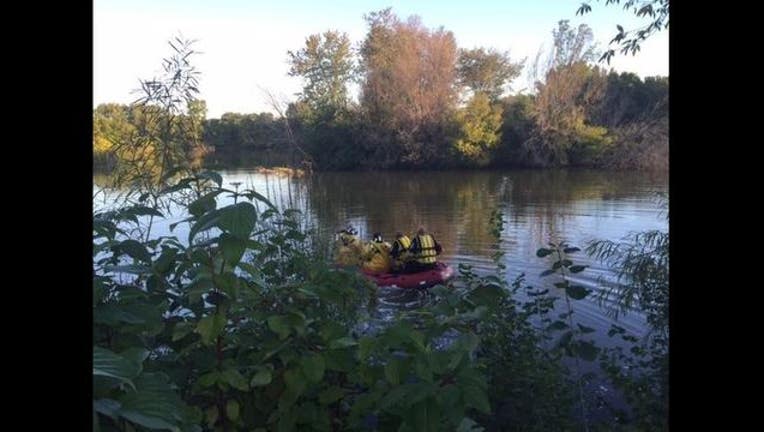 RICHFIELD, Minn. (KMSP) - Police arrested a man after he attempted to escape police by fleeing onto an island on Legion Lake in Richfield, Minn. Tuesday morning.

Officers responded to a call about a suspicious man at 6527 Portland Ave. S around 7:03 a.m. The man fled from police into Legion Lake. He was located by a Hennepin County K-9 on an island on the lake at 8:25 a.m. Police used a raft to reach the island and arrest the suspect.

The man has an outstanding felony warrant in Anoka County.