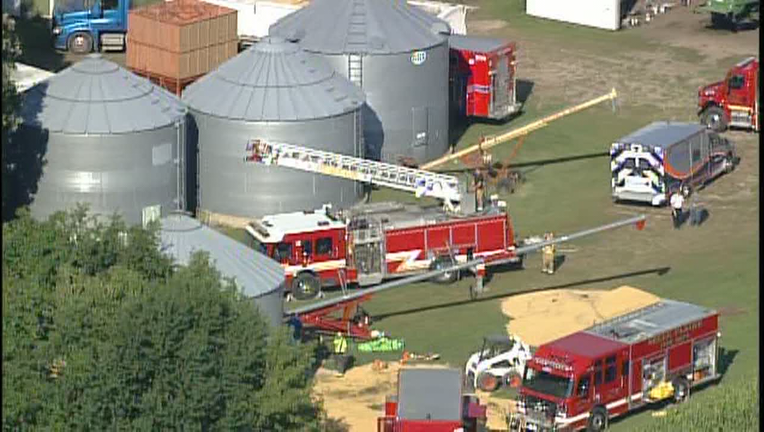 Authorities responded to a report of a man trapped inside a grain bin near Belle Plaine, Minnesota on September 10, 2019. (FOX 9)

(FOX 9) - A 74-year-old man has died after he became trapped in a grain bin Tuesday outside Belle Plaine, Minnesota.

According to the Sibley County Sheriff's Office, at about 3:12 p.m., officials received a report of a man trapped inside a grain bin in Faxon Township, about five miles west of Belle Plaine.

When they arrived, authorities learned the man had been unloading soybeans from the grain bin when he became trapped and engulfed in the soybeans. Officials cut open the side of the grain bin to release grain in an attempt to get him out.

Officials recovered the man's body about an hour later. He was pronounced dead at the scene.