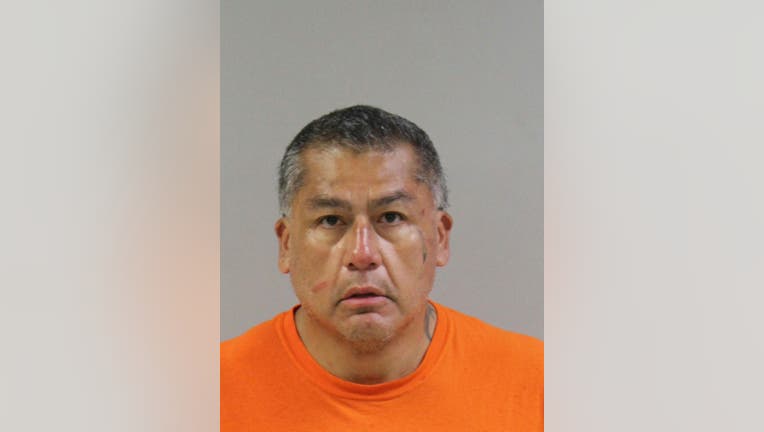 Clifford Skinaway has been charged in connection to a stabbing in northern Minnesota. (Aitkin County Sheriff's Office)

SPALDING TOWNSHIP, Minn. (FOX 9) - A 49-year-old McGregor, Minnesota man has been charged with attempted second-degree murder in connection to a stabbing in northern Minnesota, according to the Aitkin County Sheriff's Office.

Clifford Monroe Skinaway, Jr. is in custody at the Aitkin County Jail. He has also been charged with first-degree assault and second-degree assault.

Thursday, deputies responded to home in Spalding Township on a report of a man who had been stabbed. When they arrived, they learned the Skinaway had left the area on a bicycle. Deputies eventually found Skinaway along Highway 65.

The victim, 45-year-old Clinton James Nichols, had suffered two stab wounds to the chest and was taken to Riverwood Healthcare Center. He was later transferred to Hennepin County Medical Center. His injuries are life-threatening.

Skinaway has a bail set at $600,000 with no conditions. His next hearing is scheduled for July 10.